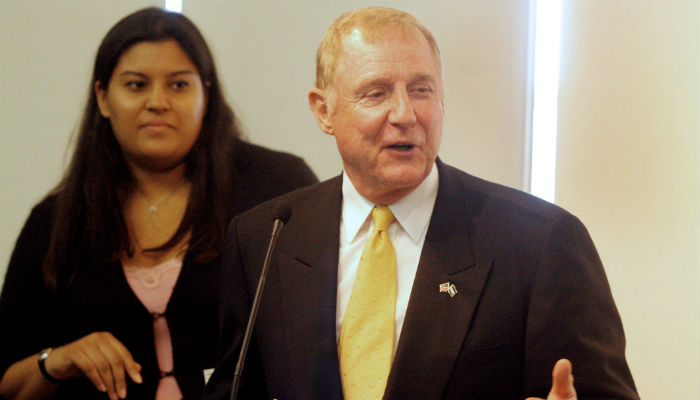 The leaked emails of Berat Albayrak, Turkey’s energy minister and son-in-law of President Recep Tayyip Erdoğan, show that lobbyists working for the Justice and Development Party (AKP) in Washington DC bribed a former US Congress member to write a pro-Turkey article in the US daily Washington Times last year.

The email is dated Oct.20, 2015 and sent by a man named Murat Güzel to İbrahim Kalın, Albayrak as well as to Erdoğan’s son Bilal. Güzel, who is apparently an AKP lobbyist in Washington DC, sends the link of an article that appeared in the Washington Times on Oct.19, 2015 with the title, “Why Turkey matters” to Kalın, Albayrak and Bilal Erdoğan. The article was penned by Dan Burton, a former Republican member of the US House of Representatives from Indiana.

“Without giving too much money, we had an article written by a prominent member of the [US] Congress who served in the foreign affairs [commission] for 30 years. I worked hard to have this article be written in this way but your sparing a good deal of time to us at the last moment formed the foundation of this article. If it had not been your and Mr. Yasin’s interest and attention, this article would not have been written. Both myself and congressman Burton are grateful to you,” Güzel tells Kalın in the email.

Mr. Yasin possibly refers to Yasin Aktay, a senior AKP figure who is the party’s spokesperson.

Burton’s article in the Washington Times talks about the reasons why the US administration should embrace its friendship with Turkey. It says Turkey is a Muslim-majority, secular democracy and an inspiration for other countries in the region to witness that democracy works and is achievable once stability is restored.

The article includes no criticism about the anti-democratic policies of the Turkish government.

Three weeks ago RedHack announced that it hacked email account of Albayrak and warned that it will disclose 20GB of content if its demand for release of two Kurdish and leftist writers from prison is not met.

After its demand went unheeded, the group began to disclose classified information that revealed a web of murky business and political relationships.

On many occasions in the past, the AKP government accused the faith-based Gülen movement of paying money to US Congress members to win their support or to have them criticize the AKP.

The AKP has been waging an all-out war against the Gülen movement since the outbreak of a corruption investigation in late 2013. The war has gotten even harsher following a failed military coup attempt in July. The AKP government accuses the movement of mastermind both the corruption probe and the coup attempt despite any lack of evidence and denial by the movement.