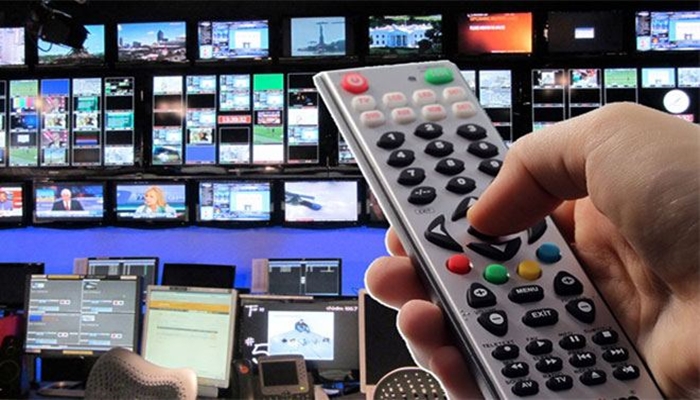 The closure of IMC TV and other independent and minority media channels by the Turkish government is a grave violation of the right to freedom of expression, the UK-based human rights organization, Minority Rights Group International (MRG), has said.

Releasing a written statement on Wednesday, MRG said it deplores the closure of legitimate minority TV stations by the Turkish government for alleged “terror propaganda.”

“The closure of IMC TV, and other independent and minority media channels, by the Turkish government, is a grave violation of the right to freedom of expression, and silences voices crucial to maintaining open and peaceful dialogue at a time when they are most necessary, says MRG,” the statement said.

“The Turkish state is obliged to take positive measures in support of minorities broadcasting in their own languages, about their culture and the many challenges they face,” said Nurcan Kaya, MRG’s Turkey coordinator. “Instead, Turkey is banning legitimate TV and radio stations, that are run by and for minorities, on trumped-up charges of spreading terrorist propaganda,” she added.

Police teams raided the offices of the Hayatın Sesi TV and İMC TV television stations and Özgür Radyo, among 33 TV and radio stations removed from the Türksat platform by government decree on Sept. 28.

What follows is the rest of the statement issued by MRG:

“IMC TV, an independent TV station described as pro-Kurdish, was shut down by the Turkish authorities, and all its property confiscated on 4 October 2016. Aside from its coverage of Kurdish issues, it was the only TV station in Turkey that broadcasted programmes on and by other minorities, such as Armenians and Circassians.

“The ban on broadcast follows a spate of closures of other minority focussed media outlets after the failed coup attempt in July 2016.

“On 28 September 2016, 12 TV and 11 radio stations were closed down. Zarok TV, a station broadcasting cartoons dubbed in Kurdish, such as the Smurfs, Garfield and Sponge Bob, was among those shut down. Zarok TV was the only station broadcasting programmes in Kurdish for children, and played an important role in teaching the Kurdish language. TV 10, a pro-Alevi TV channel, was also among the banned stations.

“IMC TV’s general coordinator, Eyüp Burç, says, ‘The government is trying to create a mono-voice and a mono-media, and IMC TV was an obstacle to this aim. We were the only media outlet that broadcasted objective news related to the Kurdish, Armenian and other minority rights issues.’

“Eyüp Burç says that he and some other IMC TV staff have received death threats, and that he is also specifically targeted for being Ezidi, one of the most marginalised minorities in Turkey.

“The decision to shut down the broadcasters is covered by Article 2/4 of decree No 668, adopted on 25 July 2016 by the Turkish cabinet. According to this decree, a commission headed by a government minister is responsible for decisions to close TV and radio stations who the state suspects are related to terrorist organisations, or pose a threat to national security. Controversially, and counter to the rule of law according to MRG, a court order is not needed in order to close the channels, and all their property can be confiscated by the state.

“Turkey rose 19 places in MRG’s Peoples under Threat 2016 survey, which ranks countries where communities are most under threat of mass killing or genocide.”