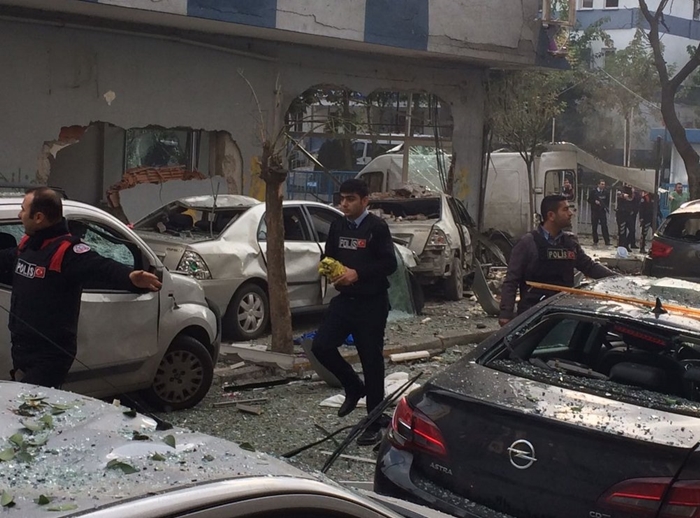 A violent explosion caused by a motorcycle loaded with explosives took place near a police station in İstanbul’s Yenibosna neighborhood in the afternoon hours of Thursday, injuring five people.

One of the injured was in critical condition, according a statement from İstanbul Governor Vasip Şahin.

A number of ambulances were dispatched to the scene. Video footage showed the windows in the vicinity were shattered and that there was dust everywhere.

Witnesses said they heard gunshots after the explosion.

The same police station was the target of another attack in 2012 by a left-wing terror organization, the Revolutionary People’s Liberation Party-Front (DHKP-C).