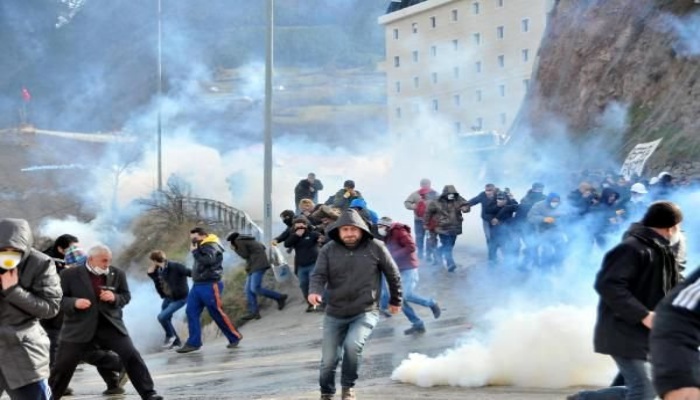 A regional administrative court in Rize on Monday dismissed a petition from lawyers for residents and environmental organizations to suspend the construction of a mine at Cerattepe, a rural district in the northeastern province of Artvin, paving the way for mining activities in the area.

Locals sought to overturn a positive environmental impact report (ÇED) drafted by a commission of experts in favor of the mining company. They applied to the Rize court for cancellation of the report, which they said was prepared with political motivations and which dismissed the concerns of environmentalists and residents. The Ministry of Environment and Urban Planning permitted the Özaltın Construction Company, owned by prominent businessman Mehmet Cengiz, who has close ties to President Recep Tayyip Erdoğan, to proceed with its plans.

The court rejected the petition of 751 plaintiffs and 65 lawyers. As a last resort, the locals and lawyers can now take the case to the Council of State for final adjudication.

Last year the attempt to construct a mine in an area known for its forests and valleys sparked a regional backlash, prompting locals to resist law enforcement teams in an effort to block construction. After weeks of clashes, a court temporarily suspended the construction, but the ÇED report in favor of the mining company has turned the tide again.