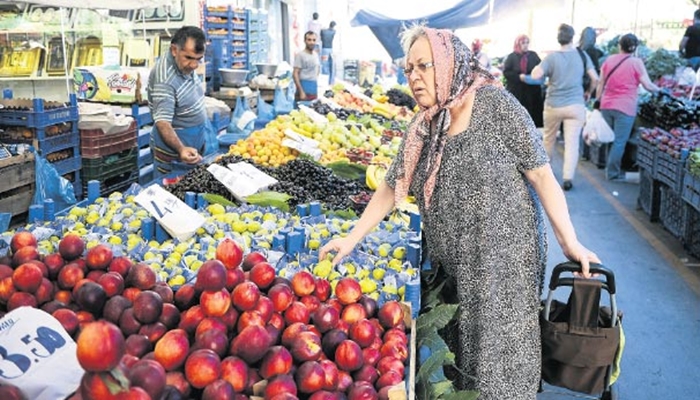 Official figures from the Turkish Statistics Institute (TurkStat) show that the annualized rate of inflation in Turkey dropped to 7.28 percent in September from 8.05 percent in August.

The biggest price increase in September was seem in the price of cucumbers, at 23.72 percent, followed by hazelnut kernels at 14.96 percent and in kindergarten fees at 11.67 percent.

The greatest price drop in September occurred in the price of fish, with a 21.36 percent fall, according to TurkStat.