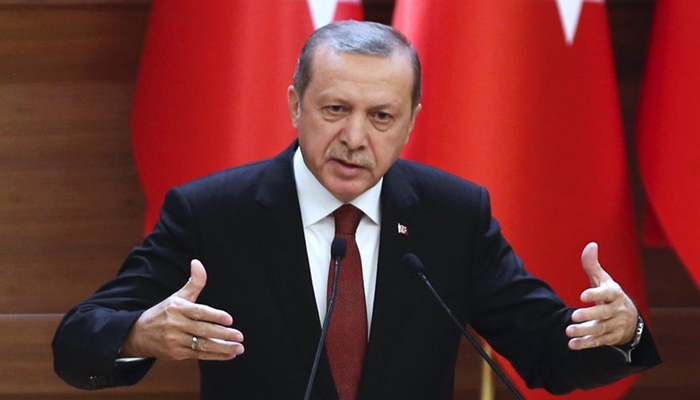 Turkish President Recep Tayyip Erdoğan on Sunday urged Muslim nations to unite in solidarity against a newly passed law in the US that allows families of the victims of the 9/11 attacks to sue Saudi Arabia for their losses.

In an interview with the Saudi Arabia-based TV station Rotana, Erdoğan said “despicable developments” were taking place against the Islamic world.

“Turkey and Saudi Arabia are being targeted. … We see that all pitfalls and plans are pointed against the Islamic world. Therefore the states of the Islamic world need to be in cooperation and solidarity with each other,” he said.

“We have expressed disapproval for the adoption of the 9/11 victims law,” Erdoğan added.

“We will take steps at the Organization of Islamic Cooperation [OIC], where we are the term president. I have also directed Turkey’s foreign and justice ministers to stand with Saudi Arabia for the rectification of this serious mistake,” he said.

The US Congress voted overwhelmingly in favor of overriding US President Barack Obama’s veto of the Justice against State Sponsors of Terrorism Act, which is supported by the families of victims of the 9/11 terrorist attacks in New York and Washington, who hope to sue the Saudi government for its alleged role in the attacks.

Obama has argued that the bill would open US military personnel and diplomatic officials to lawsuits by foreign governments. Erdoğan had on Oct. 1 criticized the legislation as “unfortunate,” speaking at the opening ceremony of the legislative year at the Turkish Parliament.

“First of all, this legislation is clearly against the ‘personal nature of criminal responsibility,’ a universal legal principle. We are hoping that this wrong step will soon be taken back as it has the potential of creating a dangerous debate over the sovereign rights of states,” he said.