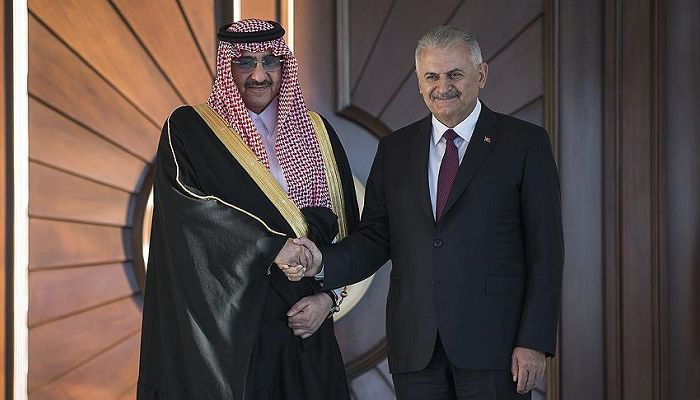 According to the sources in the Turkish Prime Ministry, Yıldırım said the two nations would promote the “Turk-Saudi Coordination Council” within the body of foreign ministries and “institutionalize” the ties more as he recalled King Salman’s visit to Turkey in April and that President Recep Tayyip Erdoğan had discussed joint interests and worked on strengthening relations.