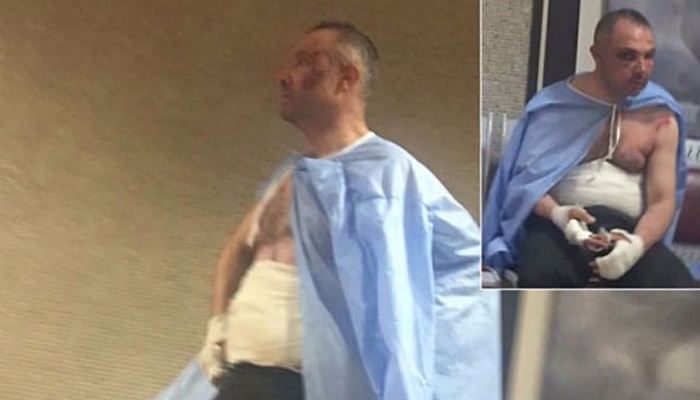 With allegations of ill-treatment of Turkey’s post-coup detainees becoming more widespread with every passing day, TR724 has claimed that the National Police Department has set up a torture unit in order to deal with alleged coup plotters.

Independent news portal TR724 on Monday published the fourth part in a series on the re-emergence of torture in Turkey’s detention centers following a failed coup on July 15.

Unlike the other previously published installments, the fourth part focuses on the identities of the police officers who were specifically assigned to be responsible for torturing detainees in the aftermath of the putsch. While the personal accounts of the victims and their families have been used as the primary sources for the revelations so far, TR724 stated that the social media posts of those who were involved in torture were referenced in this instance.

Participating in the interrogation of Gen. Akın Öztürk, one of the alleged leaders of the coup who was photographed after having been beaten, U.Ö also tortured several detainees by inserting bottles in their anuses, TR724 alleged, backing up its claims with the officer’s own statements.

Several S.A.T. commandos, meanwhile, were tortured for days by A.K. who drove them to forested land in İstanbul instead of a police station after they were detained following the July 15 coup attempt, according to the media outlet.

Among other department heads who reportedly tortured detained judges, prosecutors and soldiers in İstanbul are F.A., A.S., İ.G., M.S., H.K., C.A. and Ö.F.G.

S.G., G.G. and E.A. from the Çanakkale Police Department’s Organized Crime Unit forced a detained woman to take off her headscarf, while the same staff also tortured detained academic S.T. to force him to plead guilty. (Turkey Purge)