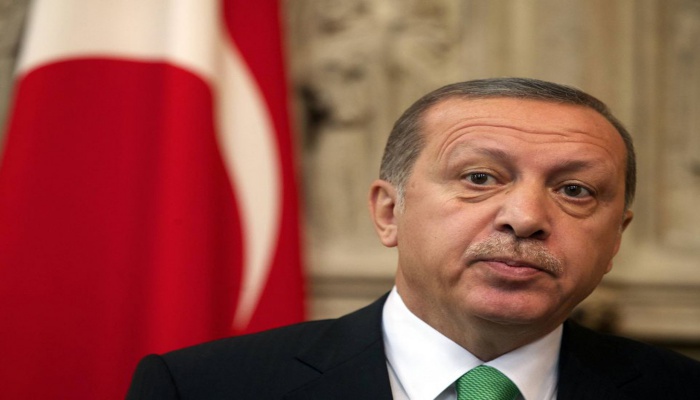 Only a few days after the eruption of an email leak scandal that reveals a Turkish media mogul’s covert support for the government, President Recep Tayyip Erdoğan initiated a debate on the treaty that determines the current borders of Turkey, calling it a fake victory.

Talking to village heads in his palace on Thursday Erdoğan slammed the 1923 Treaty of Lausanne, which ended the conflict between the Ottoman Empire and Allied Forces, and argued that for years, Lausanne was called a victory even though it was not. The treaty was signed during the government led by modern Turkey’s founder, Mustafa Kemal Atatürk, by then-Prime Minister İsmet İnönü.

“For years they tried to sell this treaty as a victory,” Erdoğan said, in an implicit reference to the secular founders of the republic, before adding that the Turkish party at the peace table was unable to negotiate a successful deal.

According to Erdoğan, the Lausanne Treaty was portrayed as a success in comparison to Sèvres, a treaty that was rejected by the Turkish national movement at the time due to the tremendous loss of territory for the Ottoman side.

Erdoğan further added that with the Lausanne Treaty Turkey gave up territories called the Greek Islands, which are now part of Greece. “Those lands were ours, we still have mosques there,” Erdoğan added, expressing regret over the loss of territory which he called “shouting distance away.”

Erdoğan is notorious for his successful attempts to change the agenda by raising controversial issues amid crises that might hurt the government.  This week, a hacker group leaked the emails between Erdoğan’s son-in-law, Energy Minister Berat Albayrak, and the head of the Doğan Media Company, Mehmet Ali Yalçındağ. The correspondence revealed how the media group, which owns the Hürriyet newspaper and CNN Türk, willingly served the interests of the Justice and Development Party (AKP) government despite its seemingly impartial image.