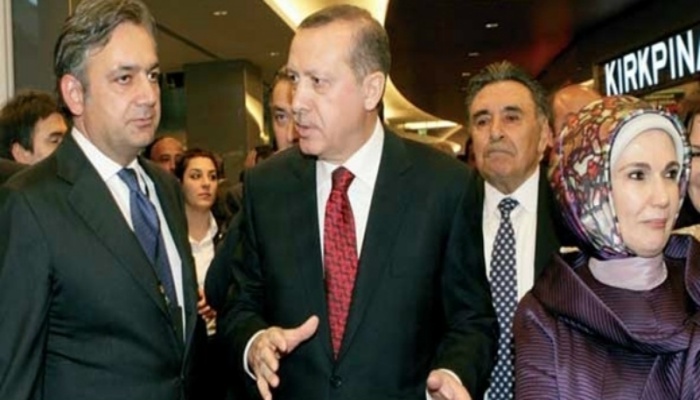 As hacker group RedHack continues to publish the hacked emails of Turkey’s energy minister and President Recep Tayyip Erdoğan’s son-in-law Berat Albayrak, the details of some emails show that media mogul Aydın Doğan bowed to Erdoğan, with his media outlets becoming ardent supporters of the president.

Albayrak’s email account was hacked by RedHack, a Turkish Marxist-Leninist-Maoist computer hacker group on Friday, and the group threatened to disclose 20 GB of secret information if the Turkish government failed to release Alp Altınörs, deputy co-chairperson of the pro-Kurdish Peoples’ Democratic Party (HDP), and prize-winning novelist and journalist Aslı Erdoğan by Monday.

Now that its deadline has passed, the group is disclosing many emails although police have detained some members of the group.

Several emails reveal the close relationship between Erdoğan’s government and the Doğan Media Group, which runs a number of media outlets, including newspapers and TV stations.

In a series of emails, correspondence between Doğan Media Group Director General Mehmet Ali Yalçındağ, who is also the son-in-law of Aydın Doğan, and President Erdoğan’s Executive Assistant Hasan Doğan shows how the media re-adjusted and re-shaped its editorial line and media coverage in line with the government’s needs and whims.

The two men exchanged views and updated each other about certain journalists and editors at the Hürriyet newspaper and discussed a new editor-in-chief to succeed Sedat Ergin. Yalçındağ also says in an email he called the president to express support after an attempted coup and played the role of messenger between Doğan and the president.

Additionally, what the leaked emails also reveal is the fact that Yalçındağ constantly kept Serhat Albayrak, brother of Energy Minister Albayrak and CEO of Turkuvaz Media, which runs the Sabah newspaper and the ATV and A Haber television stations, informed about staff meetings at Doğan media and the new editorial policies.

Doğan Media Group Director Yalçındağ sent the same emails to the trio, the Albayrak brothers and the president’s executive assistant, and shared details of his meetings with the gendarmerie forces commander in Ankara and with other top figures.

Doğan media outlets have become strong supporters of the government, while in the past the group faced threats and pressure from the authorities.

In an email sent on May 6, 2016, Yalçındağ points out that Doğan media is ready to endorse Erdoğan’s ambitious bid for the introduction of an executive presidency for Turkey and to support the government in its fight against the Gülen movement.