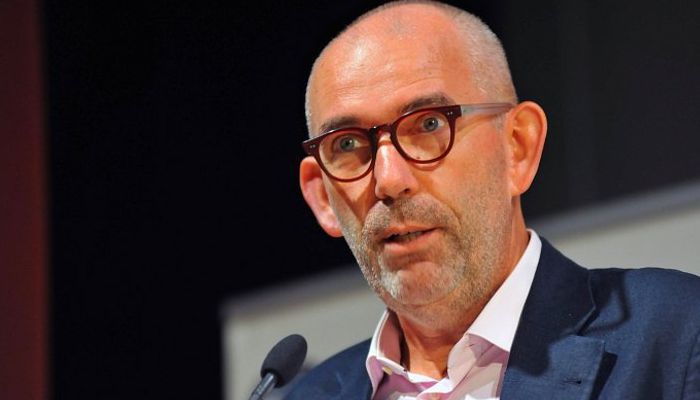 Human Rights Watch Turkey Director Emma Sinclair-Webb has called on Turkish authorities to lift what she called a “scandalous” ban on former European parliamentarian and journalist Joost Lagendijk, who was denied entry to the country on Sunday.

Lagendijk tweeted that he was denied entry to Turkey on Sunday on the grounds that he needed to obtain a “special visa” from the Turkish Embassy in the Netherlands.

“Turkish authorities stopped me on my return from Neth at Sabiha Gökcen airport. I am not allowed in. Send back to Neth on 8.30 flight. Need to apply for a special visa at Turk embassy in Neth. Hope it is only a bureaucratic obstacle and not a decision to block me forever,” Lagendijk said in subsequent tweets on Sunday.

“In Sabiha Gökçen airport saw @joostlagendijk one of most even-handed & balanced commentators on Turkey who has been denied entry. Turkish gov’t should lift scandalous entry ban on @joostlagendijk immediately,” she wrote in a series of tweets.

Lagendijk was a columnist with Turkish dailies Zaman and Today’s Zaman, both of which were closed down under a state of emergency decree issued by the Turkish government after a coup attempt on July 15.

Lagendijk’s wife Sungur also provided information about her husband’s latest situation from her Twitter account on Monday, saying that she talked to Emma Sinclair-Webb from Human Rights Watch, who told her she saw Lagendijk waiting at Sabiha Gökçen Airport to board a plane.

“She told me he looked fine. Since he does not have a phone, we still haven’t been able to talk to each other, but a warm welcome is waiting for him in the Netherlands. I hope he will feel better,” wrote Sungur.

In the meantime, pro-government dailies on Monday ran stories in support of Lagendijk’s denial of entry to Turkey. One such newspaper wrote, “Get your visa and come.”