DW files lawsuit against Turkish minister over confiscation of video 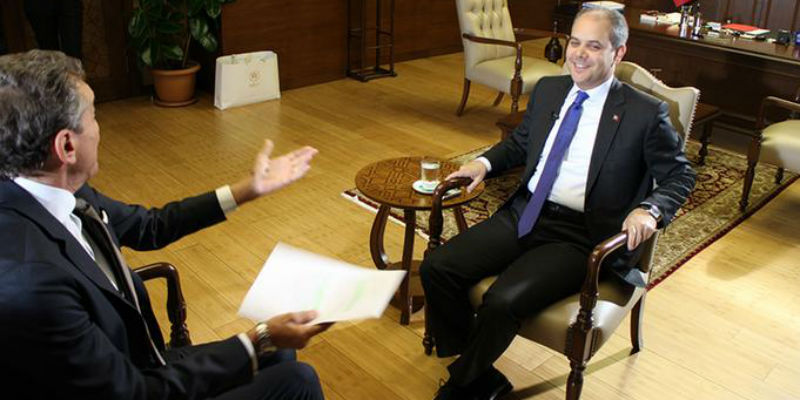 German broadcaster Deutsche Welle (DW) has filed a lawsuit against Turkey’s Youth and Sports Minister Akif Çağatay Kılıç over his ministry’s confiscation of video footage of an interview conducted with the minister earlier this month.

Kılıç was interviewed for DW’s flagship political talk show, “Conflict Zone,” by Michel Friedman at the ministry building in Ankara on Sept. 5.

During the interview Friedman asked Kılıç questions about a failed military coup attempt on July 15, mass purges and arrests that began in the aftermath of the putsch, the situation of the Turkish press and the place of Turkish women in society. Kılıç was also asked to elaborate on some remarks by President Recep Tayyip Erdoğan on these issues.

The incident has cast fresh doubt on the situation of freedom of the press in Turkey.

A press statement released by DW on Monday said the broadcaster had filed a lawsuit against the Turkish minister at an Ankara court, demanding the return of the confiscated video footage to the broadcaster.

The Turkish government closed down dozens of media outlets and arrested dozens of journalists following the coup attempt in a move that added to the deterioration of freedom of the press in the country.