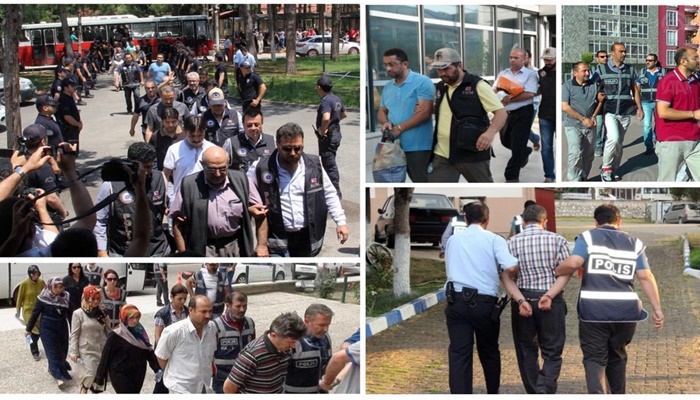 At least 63 people have been arrested while 235 others were detained over the past 24 hours, according to Turkish news agencies.

Police carried out the operations in 35 provinces across Turkey. With most of the arrestees being school teachers, those arrested over the past day also included university personnel, a bar president, businessmen, civil servants, one provincial governor, police officers and the former chairman of Bank Asya.

Despite Gülen and the movement having denied the accusation, Erdoğan — calling the coup attempt “a gift from God” — and the government launched a widespread purge aimed at cleansing sympathizers of the movement from within state institutions, dehumanizing its popular figures and putting them in custody.
More than 100,000 people have been purged from state bodies, nearly 43,000 detained and 24,000 arrested since the coup attempt. Arrestees include journalists, judges, prosecutors, police and military officers, academics, governors and even a comedian. (Turkey Purge)