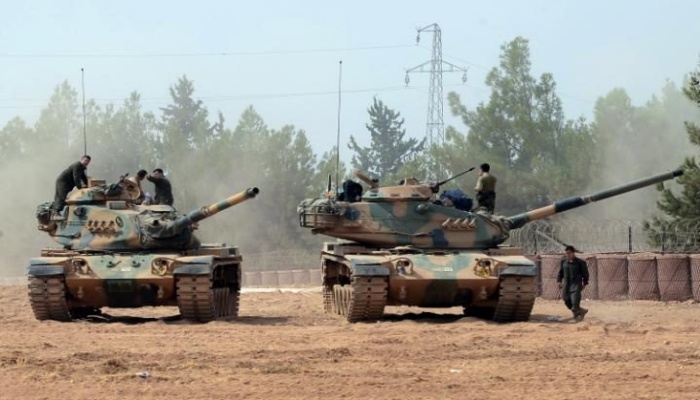 As Turkey’s military intervention into Syria enters its second month, the military continues to hit terrorist Islamic State in Iraq and the Levant (ISIL) targets in the north of the country, striking 38 ISIL positions on Saturday.

The military said in a statement that Turkish artillery units launched a barrage against 38 targets in the latest round of strikes against the extremist group.

Turkey entered Syria on Aug. 23 to clear both sides of Turkish-Syrian border of ISIL elements. Turkey-backed rebels took over Jarabulus and other towns from ISIL, pushing the radical militants south.