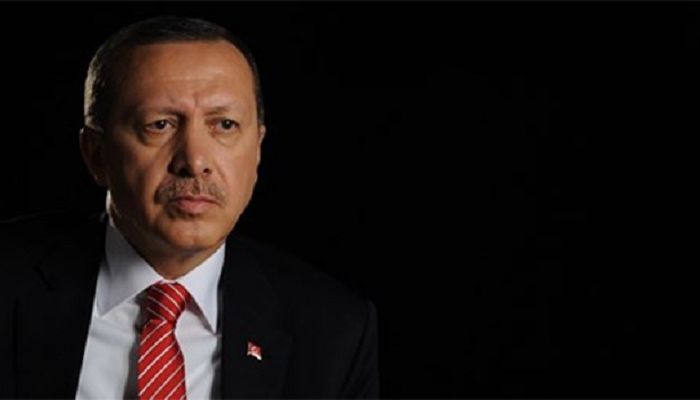 Turkish President Tayyip Erdoğan said during a reception before his departure from New York on Thursday that a court trial is not necessary for US-based Turkish Islamic scholar Fethullah Gülen, whose teachings have inspired the Gülen movement, designated a terrorist organization and accused of plotting a failed coup in Turkey on July 15.

“You [the US] demanded terrorists before; our police department worked on that, and I handed them over to you. Now I demand from you [the extradition of] terrorists who are designated as such in a National Security Council [MGK] paper. But you still resist. What court decision [are you demanding]? What court could there be [for someone I have already declared a terrorist]?” Erdoğan said while addressing representatives of Turkish NGOs in the US..

The Justice and Development Party (AKP) government and Erdoğan put the blame on Gülen for masterminding the coup and demand Gülen’s extradition from the US. Gülen has repeatedly denied in several interviews with international media that he was involved in the coup attempt and said he would return to Turkey on his own if the government were to produce concrete evidence.

Despite the fact that Gülen’s extradition has been kept a hot topic in Turkish domestic politics by Erdoğan, the Washington administration has said on several occasions that it would extradite Gülen only if Turkey provides evidence, much to the frustration of Turkey’s AKP government.

US officials, including Vice President Biden, have several times said that it is the US courts that will decide on Gülen’s extradition if a case is filed against him with concrete evidence that shows his involvement in a crime.