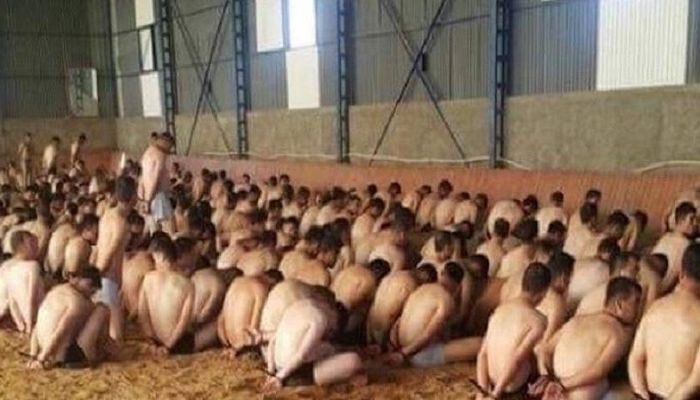 The Turkish government has postponed the scheduled visit of Juan E. Mendez, the UN special rapporteur on torture, to the county, which has been beset by allegations of torture, maltreatment and rape against detainees in the aftermath of a failed coup attempt.

“While I understand that the developments in Turkey during the last months demand the government’s fullest attention, I believe that postponing my visit at this late stage sends the wrong message,” Mendez said, expressing his disappointment in a written statement on Wednesday. Mendez, a senior human rights expert, was supposed to be in Turkey between Oct. 10 and Oct. 14 to carry out inspections and ascertain if people in custody are subject to any maltreatment.

The postponement came just weeks after Turkey’s National Police Department was accused of having removed evidence of torture and ill-treatment of post-coup detainees prior to the official visit of a delegation from the Committee for the Prevention of Torture (CPT).

In a classified letter widely circulated in media outlets, the acting deputy head of the Turkish National Police warned all officers about the visit and ordered them to avoid using sports facilities as detention centers during the delegation’s stay in the country. The official also asked police officers to obey international rules of detention while the delegation was in Turkey and ordered them to reorganize all detention centers and to make the centers ready for the inspection as soon as possible.

Amnesty International stated that it had collected credible evidence that detainees in Turkey are beaten, tortured and on some occasions raped in official and unofficial detention centers across the country, on July 24.

“In light of the thousands of arrests made following the failed coup-attempt of 15 July 2016, and the allegations of severe overcrowding and poor conditions in many detention centres throughout the country, my visit is of utmost importance,” Mendez further said.

Turkey has detained 43,000 people and arrested 24,000 over their links to the Gülen movement, which the government accuses of masterminding the coup attempt on July 15.

Mendez’s statement made a reference to new dates proposed by the Turkish government for the visit.

“Mr. Mendez, whose six-year term as a Special Rapporteur ends on 31 October, will be unable to conduct the visit in November or December 2016 as proposed by the Turkish government,” read the statement.

John Dalhuisen, the director of Amnesty International’s Europe and Central Asia desk, said the postponement of the visit is a setback for those concerned about human rights in Turkey.

In the aftermath of an attempted coup on July 15, the state-run Anadolu news agency unabashedly shared photos of tortured soldiers who had been detained over their alleged involvement in the coup bid. Media also reported that several detainees have recently committed suicide while in prison.

Anonymous tips submitted to Turkey Purge and letters by journalists who were briefly detained following the coup have also confirmed that people have been held in overcrowded cells.

“We have been told that there are acts of torture in detention centers. The old styles of torture techniques have begun to be used again. It is as if old torture devices like Palestinian Hanging and electric shock were kept hidden for a while and have now been put into use again,” Turkey’s Human Rights Association (İHD) lawyer Gülseren Yoleri said earlier.

Meanwhile, the number of people who die in suspicious circumstances after being linked to the July 15 coup attempt has been rising with every passing day, a systematic occurrence that is casting a shadow over official statements pointing to suicide.
At least 14 people have reportedly committed suicide either after they were imprisoned over ties to the Gülen movement or after being linked to the movement outside prison. The relatives of most of them claim that the detainees are not the kind of people to commit suicide, shedding doubt on the official narrative. Rumors also have it that some of the detainees were killed after being subjected to torture while in custody.