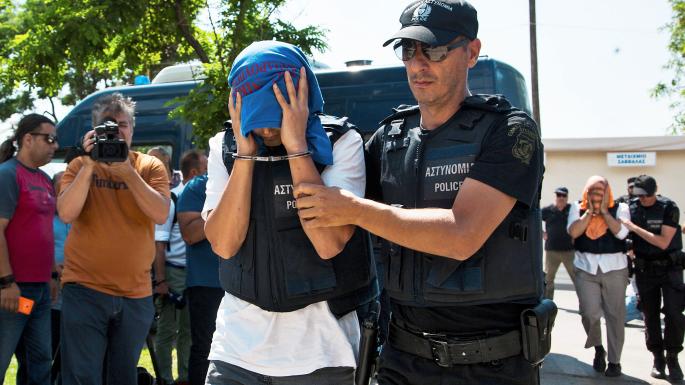 Eight Turkish soldiers who fled to Greece after a failed coup attempt in Turkey in July have said they are secular Kemalists and have fears about being subjected to torture if they are extradited to Turkey.

In remarks that appeared in British daily The Times on Wednesday, the eight men described themselves as “secular Kemalists opposing any taint of Islamist control in the military” and said they fear becoming high-profile scapegoats if they are extradited to Turkey.

“We don’t want to be extradited,” said one officer. “We know what awaits us. We know what’s happening in Turkey. We will be tortured.”

Turkey survived a military coup attempt on July 15 that killed over 240 people and wounded a thousand others. Immediately after the putsch, the government along with President Recep Tayyip Erdoğan pinned the blame on the faith-based Gülen movement without credible evidence.

On July 16, the morning after the failed coup attempt, eight Turkish officers who supported the coup fled to Greece requesting asylum.

Turkey’s government has requested the rapid extradition of the men it has described as “traitors” to face charges of trying to overthrow the democratic constitution.

“We came here to Greece, to Europe, to save our lives,” said one of the eight who declined to be named for fear of reprisals against family members still in Turkey. “We aren’t criminals. We shouldn’t be treated as criminals,” he told The Times.

The soldiers are now demanding their release from police custody, in which they have been held since arriving in Greece in late July, first in police cells in the northern Greek city of Alexandroupolis, then in a prison in Kavala, and now in a detention center on the outskirts of the capital.

The Times said Athens initially appeared keen to extradite them quickly, but enthusiasm to do so has waned since a purge of thousands of military officers and civil servants to root out “traitors.”

The officers also denied allegations of taking an active part in the July 15 coup, insisting that they had no prior knowledge and that they were merely following orders to pick up military personnel in Istanbul.

“We were ordered to fly to a location in Istanbul and help pick up some injured soldiers,” said the second officer interviewed by The Times. “But once we arrived, we came under heavy police fire. We were all unarmed and without bulletproof vests. We didn’t know what was happening until we landed at a safe location in the woods and took out an iPad to check the news.

“Once we realized what was happening,” he said, “our escape became a matter of life or death.”

Further asylum hearings for all eight soldiers are due to take place next week.