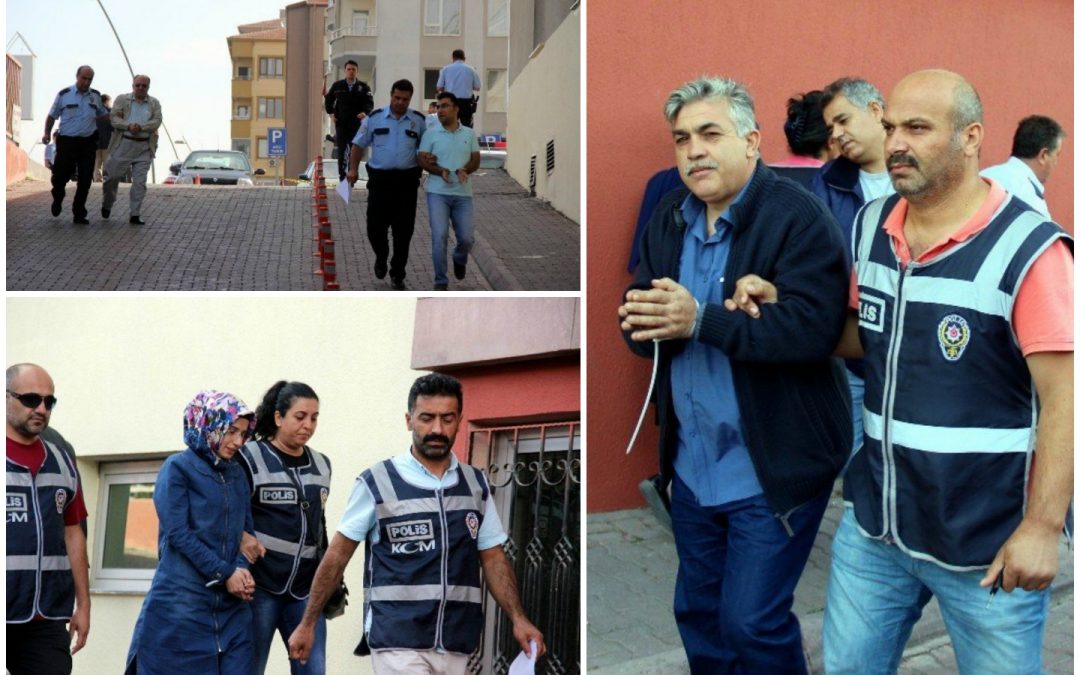 Seventy-six public officials who were claimed to be using ByLock, a smart phone messaging application, have been detained as part of a witch-hunt targeting the Gülen movement, the state-run Anadolu news agency reported on Tuesday.

Turkish prosecutors claim that ByLock is the top communication tool among members of the Gülen movement.

The Kayseri Chief Public Prosecutor’s Office had issued detention warrants for 141 people for using the ByLock application as part of an investigation launched for “violation of the Constitution, an attempt to topple the government and membership in an armed terrorist organization.” In accordance with the warrants police carried out operations at locations in Kayseri, Bingöl, Konya, Kırıkkale, Mersin, Afyonkarahisar, İstanbul, Ankara, Yozgat, Bursa, İzmir, Samsun, Tokat, Mardin, Düzce and Sivas provinces.

The 76 people who were detained during the operation have received health checks at Kayseri State Hospital.

Opening an account at Bank Asya after a corruption scandal emerged in December 2013 and using the ByLock applications are mentioned as the basic criteria for pursuing the witch-hunt against the Gülen movement.

The Justice and Development Party (AKP) government, which launched a war against the Gülen movement following the corruption scandal of 2013 in which senior government members were implicated, carried its ongoing crackdown on the movement and its sympathizers to a new level after a failed coup attempt on July 15 which killed 240 people and injured a thousand others.

More than 100,000 people have been purged from state bodies, nearly 43,000 detained and 24,000 arrested since the coup attempt. Arrestees included journalists, judges, prosecutors, police and military officers, academics, governors and even a comedian. (Turkey Purge)