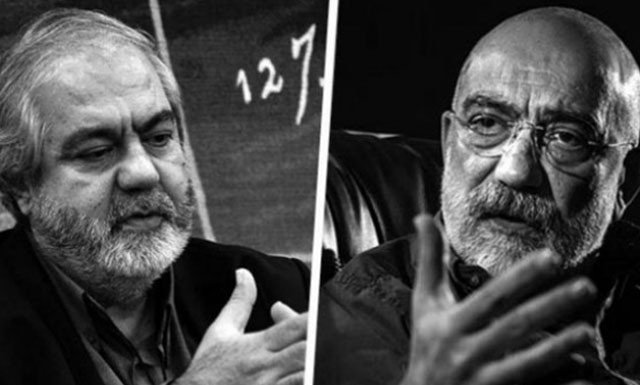 On the 11th day of their detention, journalist and author brothers Ahmet Altan and Mehmet Altan were asked about a suspected military coup plan known as Sledgehammer (Balyoz), which was exposed by the Taraf daily in 2010, the P24 news portal reported on Wednesday.

Both Mehmet Altan and Ahmet Altan, who were detained on Sept.10, are accused of sending “subliminal” messages regarding a failed coup attempt on July 15 on a TV show a day before the putsch.

According to P24, during an interrogation by police Ahmet Altan was asked about Taraf’s coverage of the Sledgehammer coup plot in 2010, while Mehmet Altan was questioned about a column he wrote regarding that same plot.

Ahmet Altan, who is among the founders of the Taraf daily, was serving as the daily’s editor-in-chief when the daily broke the story about Sledgehammer in 2010.

Sledgehammer is an alleged military coup plot against the ruling Justice and Development Party (AKP) drafted in 2003. The military is claimed to have planned drastic measures to foment unrest in the country in order to remove the AKP from power.

The Sledgehammer coup plot included bombing two major mosques in Istanbul, an assault on a military museum by people disguised as religious extremists and the raising of tension with Greece through an attack on a Turkish plane and blaming the incident on Turkey’s Aegean neighbor.

Ahmet Altan was also asked why he was trying to protect Mehmet Baransu, the former Taraf journalist who broke the story about the Sledgehammer coup plot.

Ahmet Altan protested Baransu’s arrest and asked authorities to release him because he was responsible for the coverage of the Sledgehammer plot as the daily’s editor-in-chief.

The Altan brothers were reportedly not asked about the claims that they gave subliminal messages regarding the July 15 coup attempt one day before it took place.

The journalists reportedly exercised their right to remain silent during their interrogation at the Istanbul Police Department.

Ahmet Altan and Mehmet Altan were to testify to prosecutors at the Istanbul Courthouse in Çağlayan at 1 p.m. on Wednesday.