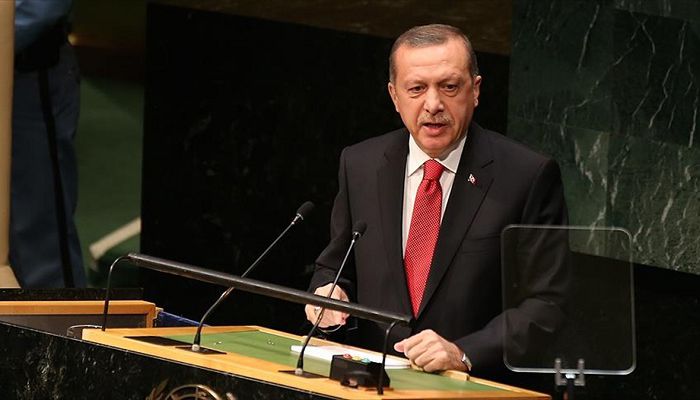 Turkish President Tayyip Erdoğan expanded his witch-hunt against the faith-based Gülen movement to the United Nations General Assembly as he called on world leaders to take measures against US-based Turkish Islamic scholar Fethullah Gülen and organizations established by his sympathizers in more than 170 countries.

“I am calling, from this podium, to all our friends, to swiftly take the necessary measures against the Gülenist terrorist organization for their own safety and the future of their nations,” Erdogan said.

Speaking during the UN General Assembly on Tuesday, Erdoğan said the movement had threatened Turkey’s national security by plotting a July 15 coup attempt that killed more than 270 people.

Gülen, the inspiration of the Gülen movement, a civil society initiative promoting worldwide interfaith dialogue, peace and tolerance, has repeatedly denied Erdoğan’s accusations and offered to return to Turkey if any concrete evidence that demonstrates his involvement in the coup attempt is brought before an international commission that would investigate the plotters of the coup.

Speaking with Reuters on Monday, Erdoğan also called on the US not to harbor Gülen, who lives in self-exile in Pennsylvania since 1999.

Despite the fact that Gülen’s extradition has been kept a hot topic in Turkish domestic politics by Erdoğan and the Justice and Development Party (AKP) government, the Obama administration has said on several occasions that it would extradite Gülen only if Turkey provides evidence, much to the frustration Turkey’s AKP government.

The AKP government and President Erdoğan have designated the Gülen movement a terrorist organization and have launched a widespread crackdown on suspected members since the failed coup.

Since July 15, thousands of institutions, including charities, schools and business associations, have been shut down, over 100,000 state employees have been sacked, more than 40,000 people have been detained and nearly 27,000 arrested over links with the movement.