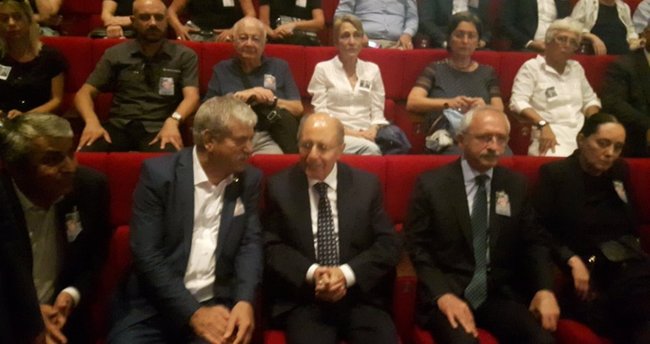 The 10th President of the Turkish Republic, Ahmet Necdet Sezer, attended a funeral ceremony held for renowned Turkish actor Tarık Akan in İstanbul on Sunday in a move that surprised many because the former president is rarely seen in public.

Sezer, a staunchly secularist figure, served as the country’s president between May 2000 and August 2007.

Akan died on Friday morning at the age of 66 at a private hospital in İstanbul where he had been receiving treatment for lung cancer. The leftist-oriented actor was jailed for two-and-a-half months following the military coup of 1980.

Sezer attended the funeral ceremony for Akan at the Muhsin Ertuğrul Theater in İstanbul. The participants of the ceremony chanted, “Turkey is secular, it will remain secular,” slogans as Sezer entered the funeral area.

The famous actor would be rest at the Zuhuratbaba Cemetery in Bakırköy following funeral prayers at Teşvikiye Mosque in İstanbul later on Sunday.