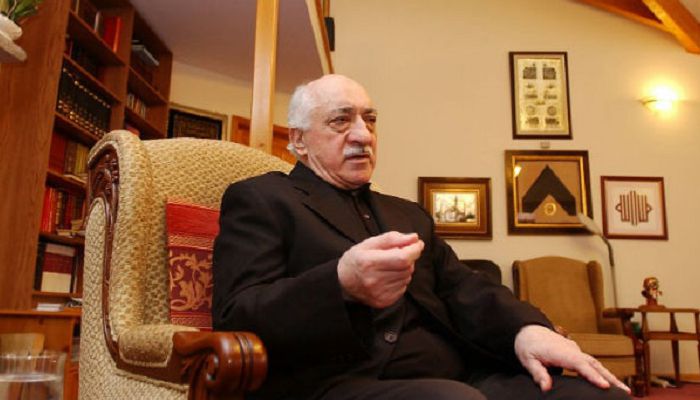 In videotaped remarks to the World Affairs Council of Philadelphia, US-based Turkish Islamic scholar Fethullah Gülen denounced the Turkish government’s crackdown on dissidents, including his supporters. Calling the crackdown “dark pages” in world history, Gülen said his “heart is aching” because of the oppression, tyranny, molestation and unlawful acquisition of private property by the government.

Gülen, who has lived in self-imposed exile at a retreat in Pennsylvania since 1999, is accused by Turkey’s Justice and Development Party (AKP) government and President Recep Tayyip Erdoğan of masterminding a July 15 coup attempt that left at least 271 people dead.

“Right now, all critical voices are silenced in Turkey, and only the voice of those in power is heard. These days will be recorded as dark pages in world history,” he said.

Despite Gülen having repeatedly denied the accusations and proposing the formation of an international commission to investigate the coup attempt, the AKP government has sacked more than 100,000 civil servants from state jobs, detained over 40,000 and arrested more than 24,000 over links to the Gülen movement, a civil society movement inspired by Gülen’s views. The AKP government also closed or seized thousands of institutions, including schools, universities and business associations, over alleged ties with Gülen.

“Perhaps in realizing that they cannot afford to be completely cut off from the world, Turkish leaders might change course,” he added.

Speaking about the official request of the AKP government to the US government for the arrest of Gülen, Alp Arslandoğan, the executive director of the Alliance for Shared Values in New York City, who addressed the council after the video, said Gülen has no plans to leave the US. Turkey’s Justice Ministry demanded Gülen’s arrest last Tuesday on charges of “ordering and commanding the attempted coup.”

The crackdown has raised concerns among Turkey’s Western allies and human rights organizations, which have urged the government to show restraint. The Gülen movement runs charities, schools and businesses worldwide.

The AKP government has designated the movement a terrorist organization.