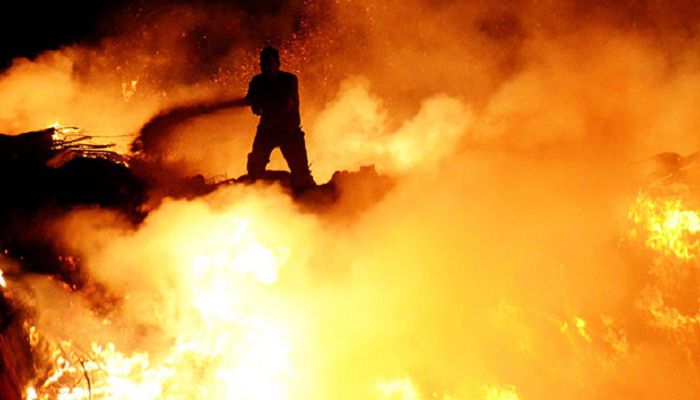 Firefighters have been unable to bring under control a wildfire that erupted on Friday evening in the Bodrum district of western Muğla province, with the blaze growing and consuming forestland close to local residences.

Starting in the Kumbahçe neighborhood of Bodrum, the fire reached the Bodrum-Milas national highway, which was totally blanketed in smoke, Turkish media reported. Teams from the Bodrum Municipality, the Forestry Department and nearby towns are working to bring the fire under control with the help of heavy equipment, three sprinkler aircraft, eight fire trucks and contributions from some 15 firefighters and hundreds of locals.
In another wildfire in August of this year, some 250 hectares of forestland were lost in Bodrum.