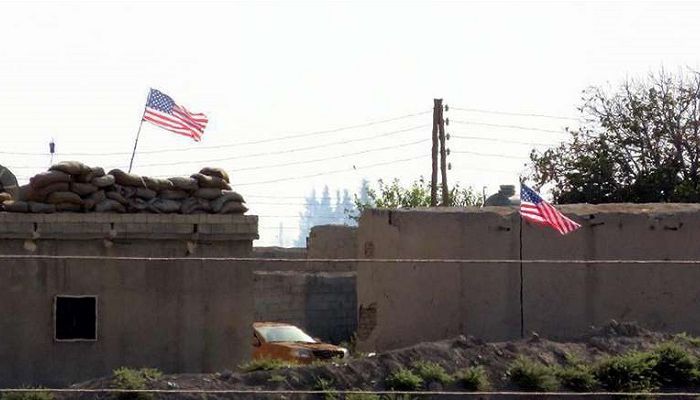 The United States Department of Defence said on Friday that they will call on Kurdish Democratic Union Party (PYD) to not to fly American flag in Syria which Turkish claimed Kurdish forces used as a deterrent against any possible attack.

Pentagon spokesman Peter Cook told reporters on Friday that “We would call on our partner forces not to fly the American flag on their own. I would imagine that that would be communicated if indeed that’s taken place in this instance.”

The flags’ presence in Tel Abyad border town in northern Syria came on Thursday two weeks after Kurdish fighters displayed the US flag of Manbij city after it was liberated from Islamic State in Iraq and the Levant (ISIL) militants in August.

Turkey regards the Kurdish People’s Protection Units (YPG)militia, PYD’s armed wing, as the Syrian branch of the Kurdistan Workers’ Party (PKK), which is considered as a terrorist group by the US and EU, that has waged a 32-year insurgency inside Turkey.

However, YPG has become a key partner of the US-led coalition fighting ISIL as part of the Kurdish-Arab Syrian Democratic Forces, despite criticism from Ankara.

Russian Sputnik news agency reported on Friday that a Kurdish representative in Tel Abyad told that according to their intelligence sources, Turkish forces are preparing to attack the town, not to mention that Ankara is arming the Arabs living in Tel Abyad, hoping to pit them against the Kurds.

“We informed our US allies about this development. Following that, a US military representative visited our town and ordered the raising of American flags in all strategic locations to prevent the incursion by Turkish forces,” he said.