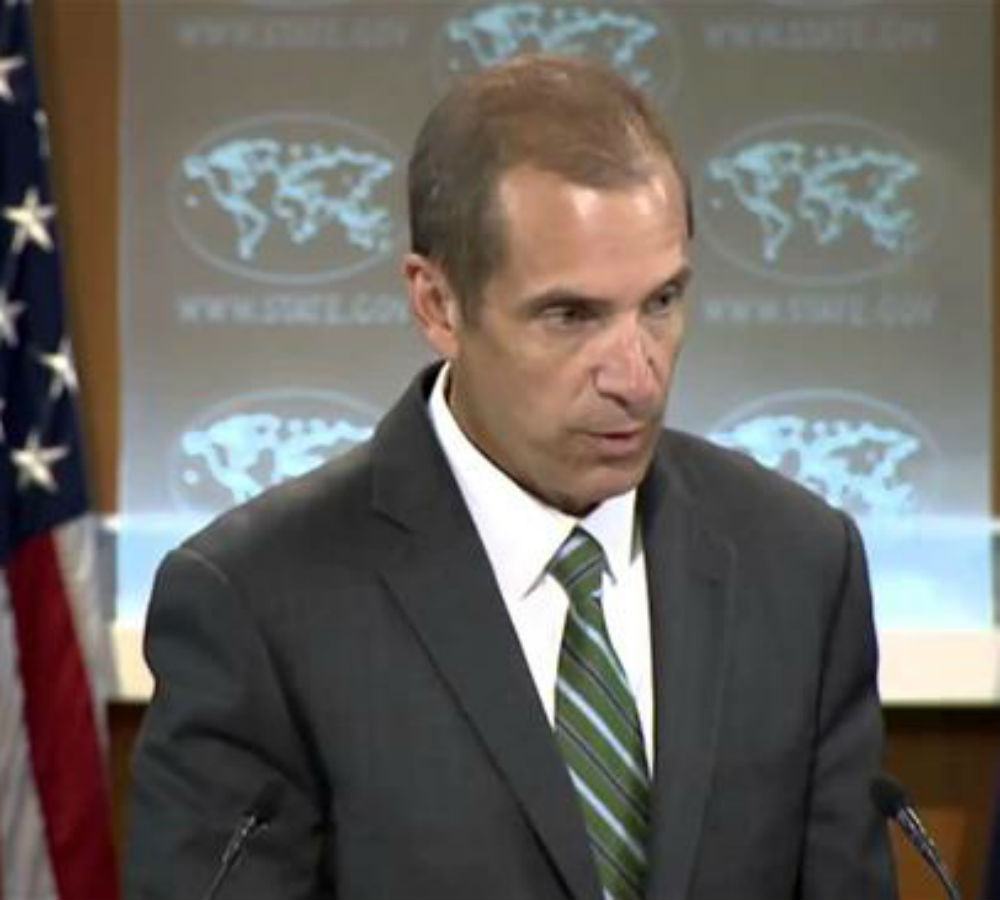 As US Ambassador to Turkey John Bass continues to be targeted by government officials for criticizing the appointment of trustees to mostly Kurdish municipalities earlier this month, the US State Department has emphasized its support for the ambassador, saying that he speaks on behalf of the US administration.

Mark Toner, deputy spokesperson for the US Department of State, said in a daily press briefing on Thursday: “[John Bass] remains our ambassador to Turkey, and I’d let his comments and statements speak for themselves. But obviously he enjoys the full confidence of the President and the Secretary of State.

“… any time an ambassador speaks it’s on behalf of the US Government,” Toner added.

The US Embassy last Saturday released a statement on its website expressing concern about clashes in Turkey’s Southeast following a government decision to remove elected officials from office and replace them with trustees, saying it hopes any appointment of trustees will be temporary and that citizens will soon be permitted to choose new local officials in accordance with the law.

Following the embassy statement, many government officials accused Bass of intervening in Turkey’s domestic affairs and being provocative.

When asked about the argument that Bass is intervening Turkey’s internal matters with the statement on the appointment of trustees, Toner said: “We would disagree. And again, his comments stand. We support his comments. And as we’ve said all along in our relationship with Turkey, where we do – and we have a strong relationship with Turkey obviously across many aspects, but when we do have disagreements with regard to human rights or the state of Turkey’s democracy, we feel we have a strong enough relationship to make those concerns public.”

Interior Minister Süleyman Soylu on Wednesday said Bass cannot draw a roadmap for an independent state like Turkey, while Foreign Minister Mevlüt Çavuşoğlu on Tuesday told Bass to know his place because he is not a governor of Turkey.

“Your ambassadors are not governors in Turkey. They should do their jobs properly within the framework of the Vienna Conventions,” Çavuşoğlu said.