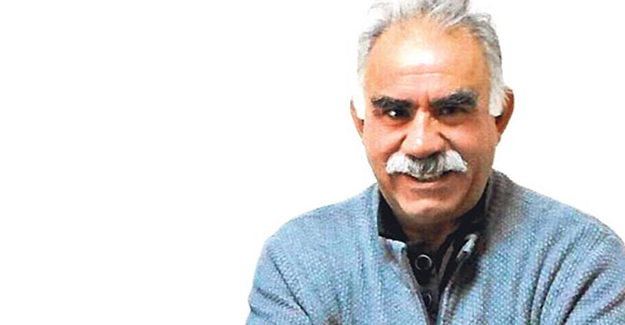 Deputy Prime Minister Veysi Kaynak, commenting on a recent message sent by jailed leader of the terrorist Kurdistan Workers’ Party (PKK) Abdullah Öcalan, has said the government does not plan to re-launch settlement talks with the PKK with an aim to resolving the country’s long-standing Kurdish problem.

Earlier this week, Öcalan sent a message of reconciliation to Turkish authorities, calling for an immediate halt to fighting and a lasting resolution to a bloody conflict between the PKK and the Turkish security forces, saying that “a solution will be reached within six months if the Turkish state is really ready.”

His message was conveyed by his brother, who visited him in prison. After months of isolation, the imprisoned PKK leader was allowed to meet with his brother Mehmet Öcalan on İmralı Island, where Öcalan is kept in a highly guarded and secure military prison.

In remarks that appeared in the Milliyet daily on Wednesday, Kaynak accused the pro-Kurdish Peoples’ Democratic Party (HDP) of misreading Öcalan’s message.

“Öcalan wants the state as an interlocutor, not the HDP. The re-establishment of a settlement table will never be on the government’s agenda,” said Kaynak.

The deputy prime minister also said the PKK leader wants to consolidate his leadership of the Kurdish movement by saying that the Kurdish problem could be resolved within six months.

The Turkish authorities had conducted direct talks with the jailed PKK chief for several years until the truce collapsed in the summer of 2015. More than 40,000 people, including 5,500 security force members, have been killed in four decades of fighting between the Turkish state and the PKK, which is listed as a terrorist organization by Turkey, the US and the EU.