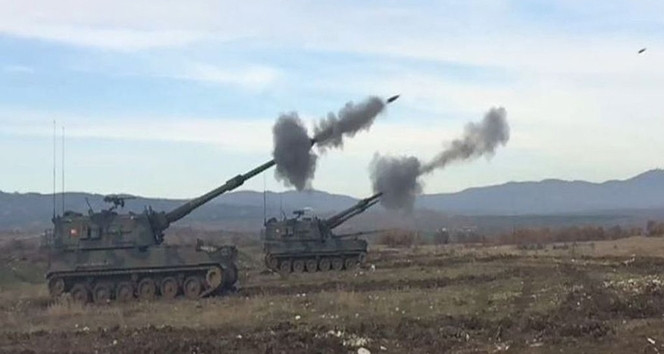 The Turkish military over the weekend fired heavy artillery into Syria, destroying two terrorist Islamic State in Iraq and the Levant (ISIL) targets, the military said in a statement on Sunday.

Two ISIL targets were destroyed with Firtina artillery fire as Turkey’s Operation Euphrates Shield moves forward in northern Syria, according to the military.

Turkey crossed into Syria on Aug. 24 with tanks and ground troops, helping rebels take over Jarabulus and dozens of villages from ISIL, pushing the extremist group away from the border towards the south.

The military incursion into Syria was aimed at curbing the expansion of Kurdish militias west of the Euphrates and dislodging ISIL militants from the border area.

The military statement said artillery units to date have fired 2,223 shells at 516 targets in northern Syria. Turkey is also conducting air strikes against Kurdish and ISIL targets but did not carry out an air attack on Sunday, the military said.