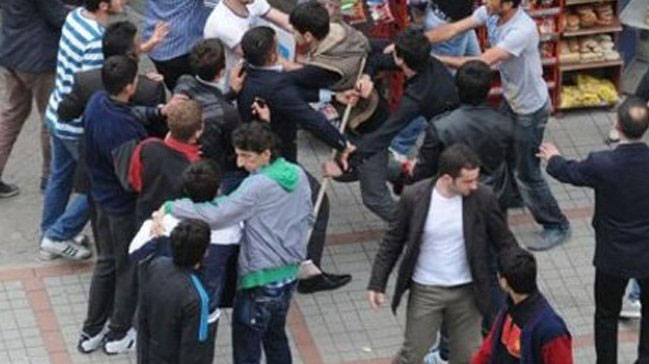 A feud on the streets of the northern Black Sea town of Durağan on Sunday has resulted in a decision by the local administration to impose a curfew.

Although the reason for the feud between the two groups has not yet been determined, eight people were wounded while the windows of cars and shops were shattered.

The police as well as some residents intervened to stop the violent quarrel, but as a precaution the district governor’s office decided to impose a curfew in the town.