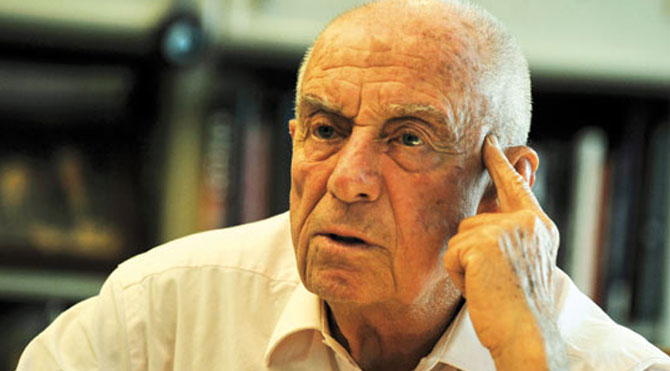 One of Turkey’s most highly renowned businessmen, İshak Alaton, passed away on Sunday.

Alaton had founded Alarko Holding in 1954 along with his late partner Üzeyir Garih, whose murder in 2001 at an İstanbul cemetery still remains unsolved.

Alaton was born in 1927 in İstanbul to a Jewish family. He worked as a welder in Sweden before establishing Alarko, which became one of the biggest holdings in Turkey.

Alaton turned his life story and memoirs into two books written by journalist Mehmet Gündem, who was recently detained and released in Turkey.