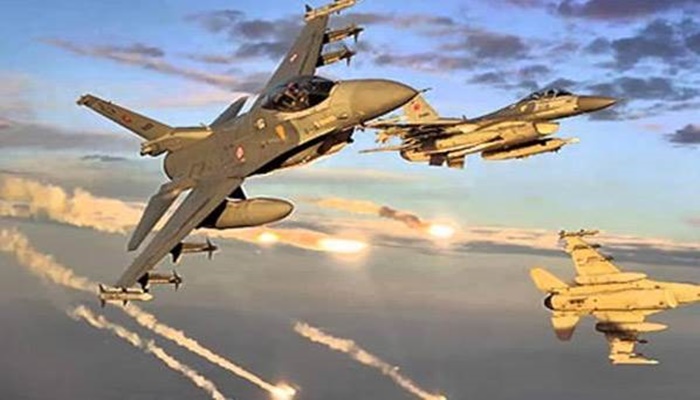 Turkish jets killed 20 Islamic State in Iraq and the Levant (ISIL) militants in an air raid on Saturday in south of Tal al-Hawa town of northern Syria, the Turkish military stated.

Three ISIL buildings, one vehicle and motorcycle were also destroyed in the region during the raid according to the statement.

Turkey’s raid came a day after ISIL killed three Turkish soldiers and wounded another with rocket attack against a Turkish tank in the same region.

Up until today, a total of seven Turkish soldiers have been killed during the Operation Euphrates Shield which began on Aug. 24.

Another three Turkish soldiers had been killed and five others were wounded after ISIL launched a rocket attack on two Turkish tanks near the village of al-Waqf in northern Syria on Sept. 6.

Rebels allied with Turkey declared on September 4 that they had cleared terrorist ISIL elements from the last stretch of the Turkish border with Syria.

It was hallmark progress in Turkey’s bid to secure the 90-kilometer (55 miles) corridor and marks a significant step in Ankara’s plan to stop the expansion of Kurdish militias towards the west. With this, ISIL no longer controls any part of the border and has been removed from NATO’s southeastern frontier in an operation backed by Turkish tanks and troops.