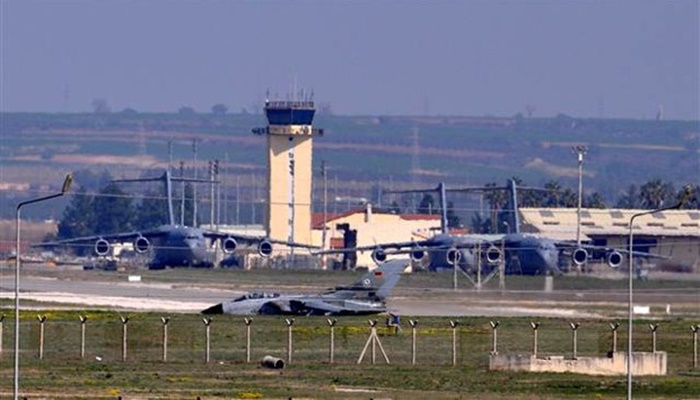 “An army that answers to parliament must be able to be visited by their deputies,” Steinmeier said. “With this decision by the Turkish government, we are a little further on in our relations.”

In reaction to a Bundestag resolution in May that declared the 1915 massacres of Armenians by Ottoman Turkish forces to have been a “genocide,” Ankara banned a July visit by a German delegation, including an official from the Ministry of Defense and a number of German lawmakers, to İncirlik.

Turkish Foreign Minister Mevlüt Çavuşoğlu said in a press conference on June 23 that visits by politicians to the airbase used by NATO at İncirlik are not appropriate, adding that Ankara only approves visits by military and technical delegations.

Ankara’s decision to lift the ban on the visits of German MPs to İncirlik came days after a bilateral meeting between German Chancellor Angela Merkel and Turkish President Recep Tayyip Erdoğan on the sidelines of the 11th G20 summit in Hangzhou, China, on Sunday.

After meeting with Erdoğan, Merkel stated that “the conversation [with Erdoğan] was constructive” over a parliamentary visit to 250 German troops stationed at İncirlik, where Germany also has six Tornado reconnaissance aircraft and a refueling plane.

Der Spiegel reported on Tuesday that Germany plans to invest millions of euros in the base.

The magazine reported that Defense Ministry State Secretary Gerd Hoofe had budgeted 58 million euros for a new runway and portable command center at İncirlik for the international mission to defeat the Islamic State in Iraq and the Levant (ISIL) in Syria and Iraq.

Of the 58 million euros, 26 million would fund the laying of a new airfield for German Tornado aircraft and appropriate accommodation for soldiers. A further 30 million euros, awaiting budgetary clearance, would be used to erect a command center, Der Spiegel reported.

Berlin’s investment decision came 10 days after a warning from coalition partner the Social Democrats (SPD) that the German mission should be terminated because of Ankara’s stance.
“If by October no German parliamentarian is allowed to travel to İncirlik, then I recommend not to extend the [Bundestag] mandate, but instead to let it run out,” said SPD Bundestag parliamentary group leader Thomas Oppermann on Aug. 26.