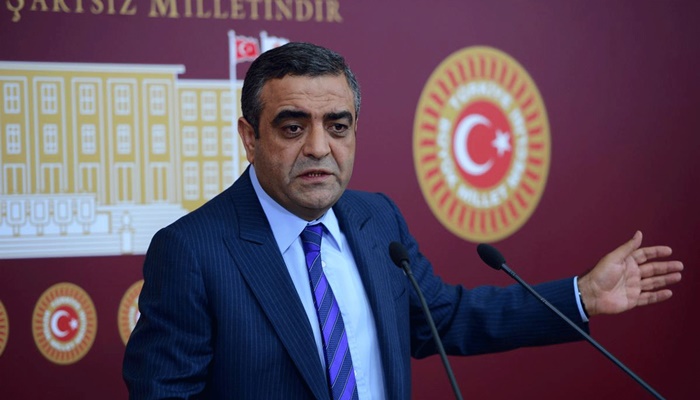 Opposition Republican People’s Party’s (CHP) Istanbul deputy Sezgin Tanrıkulu has joined the ranks of those who have disclosed tips about rights violations in Turkey following a coup attempt on July 15.

In a series of tweets on Aug. 20, Tanrıkulu backed up some of the accusations made by Amnesty International that detainees are held in unofficial locations. Tanrıkulu, however, focuses mostly on violations during the trial of suspects.

What follows is a translation of his aforementioned tweets.

“More than a month has passed since the July 15 coup attempt. I am sharing with the public my observations and tips that have been sent to me. Even courts now look like concentration camps. Collective punishment, a practice widely used in [past] coup eras, is among the methods that are used now as well. An 8-month-pregnant woman waited for her trial for hours in a courthouse, while women are forced to breastfeed their babies hiding inside the tops of lawyers. Meanwhile, bar associations and the TBB [the Union of Turkish Bar Associations] have failed to do their part in relation to the right to a lawyer, a fair trial, and [prevention of] torture. The right to a fair trial is violated in all aspects.

“Widespread rights violations are observed even at courthouses. Lawyers are forced to sign previously written testimonies, while those who refuse to put a signature to such testimonies are put under pressure with intimidation. Lawyers’ objections regarding even trial procedures and human rights [violations] are not recorded in the minutes.

Prosecutors refuse to register applications regarding torture complaints. Sports facilities are used as detention centers in which maltreatment used to be a common practice in the past. Unregistered detentions have become systematic. Families and lawyers are not informed about detentions. Widespread violations of human rights and of the right to a fair trial are making it difficult to know the true perpetrators of the coup and will [continue to] make it so. Regardless of the underlying reason, practices of past coup eras are not acceptable. There are no exceptions to human rights and there should not be.”

Turkey has already detained 41,000 and arrested 22,000 people in the post-coup attempt crackdown. Critics are focusing on the fact that the government is violating the principle of individual criminal responsibility. (Turkey Purge)