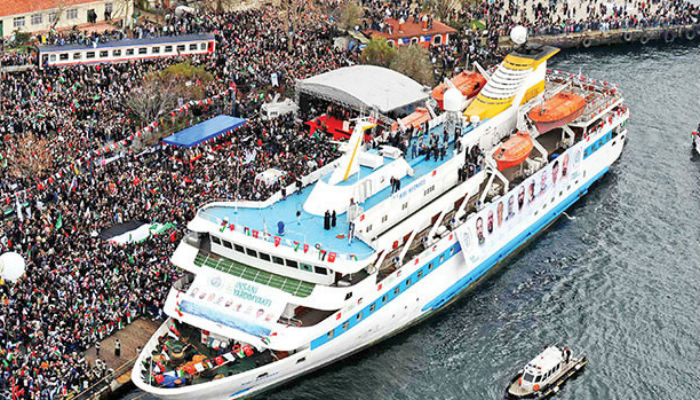 Victims and the families of 10 activists who were killed in a 2010 Israeli attack on the Mavi Marmara aid vessel have not yet decided what to do with compensation that will be paid by Israel, with some of them finding the amount inadequate, the pro-government Karar daily reported on Monday.

Turkey and Israel normalized relations last month after the Turkish Parliament approved a deal for Israel to pay compensation to victims of the 2010 assault on the Mavi Marmara, a ship carrying humanitarian aid to the besieged people of Gaza.

The compensation will be paid to the families of the 10 slain activists as well as 54 who were injured and dozens of others who were affected by the attack.

A lawyer representing some of the Mavi Marmara victims, Ramazan Arıtürk, told Karar that there is no consensus among the victims and victims’ families about what to do with the compensation to be paid by Israel.

“While some victims’ families want the money to be used for charity work in Gaza, such as the establishment of a hospital there, some families are rejecting any compensation,” the lawyer said.

Noting that the distribution of the compensation among the victims and their families will be made by Turkey’s Justice Ministry, Arıtürk said he hopes the ministry will establish a commission and invite families there for a meeting.

“Following this meeting, victims and victims’ families can reach a joint decision about what to do with the compensation,” added the lawyer.

Arıtürk also explained that considering the extent of the tragedy, $20 million in compensation is too little and less than the amount they proposed earlier.