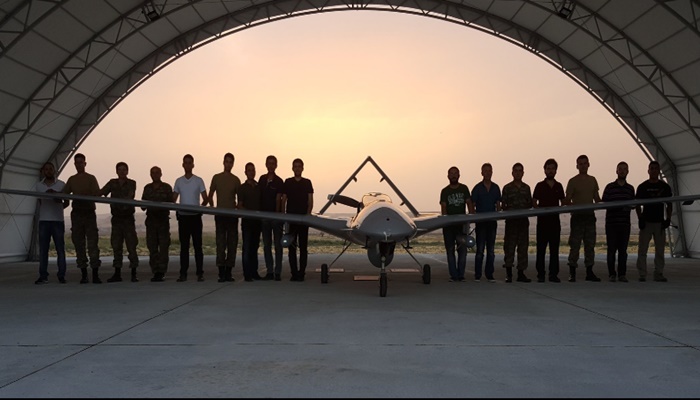 Turkey has finally armed its unmanned aerial vehicle (UAV) Bayraktar TB2 with a missile and began to deploy the much-needed drone against separatist insurgents in the country’s Southeast to back military operations.

The president’s son-in-law, Selcuk Bayraktar, chief engineer at Baykar Makine, the defense company that produced Bayraktar TB2, shared a photo of a missile loaded on the drone. Turkey’s leading missile and rocket systems producer Roketsan produced the missile. Bayraktar TB2 began patrolling the skies, both to provide intelligence and to strike targets wherever its spots them, a factor long sought by the military in its fight against the Kurdistan Workers’ Party (PKK) in Turkey’s Southeast.

In December of last year, Turkey shot a target in southeastern Turkey during urban clashes with PKK militants with an anti-tank missile that was loaded on Bayraktar.