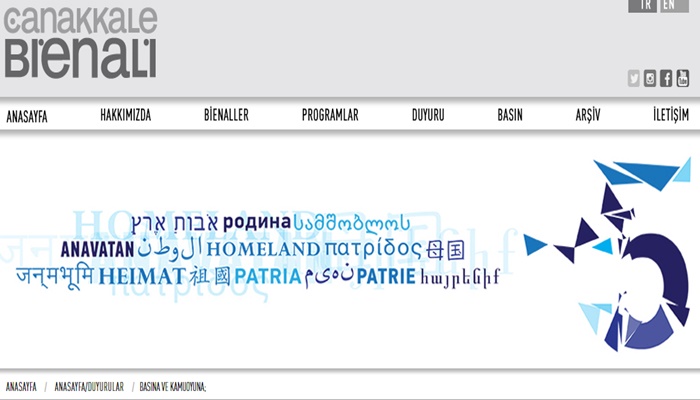 The 5th Çanakkale Biennale, which was scheduled to take place between Sept. 24 and Nov. 6, was cancelled after governing Justice and Development Party (AKP) deputy Bülent Turan urged the organizers to dismiss curator Beral Madra due to her political identity.

AKP deputy Turan said in a statement that Madra supports the Kurdish Peoples’ Democratic Party (HDP) rather than the Republican People’s Party while also calling her a coup supporter. Turan asked the municipality not to sponsor the biennale unless Madra’s name is removed from the participant list.

The Çanakkale Biennale Initiative issued a statement on Monday announcing that Madra had ceased her role in the organization as a result of a debate that does not revolve around art. The organizers further announced the cancellation of biennale, which had been planned to be dedicated to Aylan Kurdi, the child refugee whose body washed up on the shores of the Aegean last year and who became a symbol of the outrage at the human suffering in Syria.