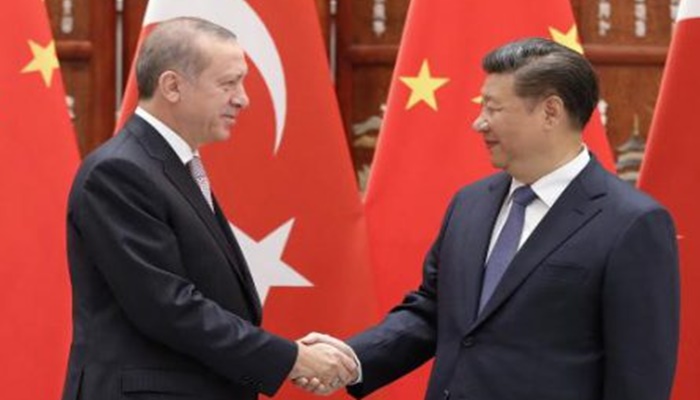 The two leaders put aside for the moment lingering disagreements over the Chinese government’s treatment of the Turkic-speaking Uighur community, which shares cultural and religious ties with Turkey.

Erdoğan and Xi met on the sidelines of the G-20 summit of world leaders in Hangzhou, China, on Saturday. The meeting provided an opportunity for the Chinese president to express unwavering support for the Turkish government, which endured and survived a bloody coup attempt in mid-July.

The dispute over China’s treatment of Uighurs has periodically become a source of diplomatic friction and tension between Ankara and Beijing. Turkey criticizes Chinese authorities for what is says unfair treatment of its Uighur Muslims, imposing a set of severe restrictions on their religion and cultural life.

Thousands of Uighurs prefer to escape social unrest in China’s western Xinjiang region, which Uighurs call East Turkestan, and go to Turkey in often risky and perilous journeys through South Asia. The Chinese government denies accusations and blames militants for the unrest in the Uighur region.

The Chinese authorities believe that many Uighurs in Turkey ended up fighting alongside rebel and militant groups in Iraq and Syria.

During the meeting, Xi told Erdogan he appreciated Turkey stressing that it would not allow its territory to be used for acts that threatened China’s security.

Erdoğan, in comments before reporters translated from Turkish into Chinese, said the emphasis should be on strengthening their ties.

“Fighting terrorism is a long-term issue, and is also a long-term topic discussed by the G20,” Erdoğan said, according to a report by Reuters.

Xinhua also quoted Erdoğan as thanking China for its help in maintaining Turkey’s security and stability and that he hoped for greater counterterrorism cooperation.

Beijing was pleased to see Erdoğan denouncing the East Turkestan Islamic Movement (ETIM) as a terrorist organization last year during a visit to China. The group was blamed by the Chinese government in Beijing for much of the unrest and violence in the Uighur region.

But rights groups question the government approach and doubt whether ETIM is a cohesive militant group. For human rights agencies, most of the unrest is a direct consequence and result of repressive government policies.