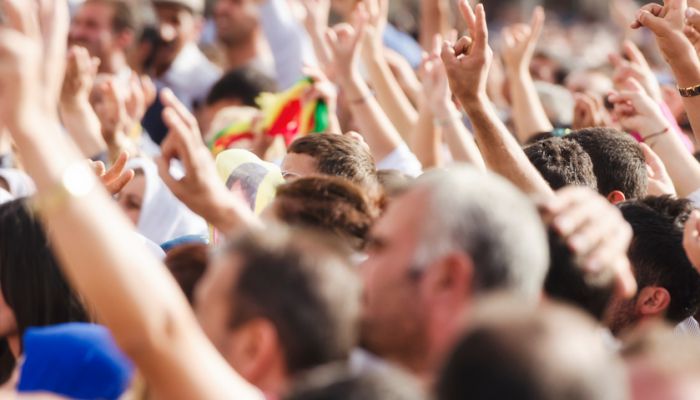 Thousands of Kurdish people in Germany demonstrated in Cologne to protest the authoritarian regime in Turkey led by President Recep Tayyip Erdoğan.

Supported by some Germans, the crowd numbered about 25,000 and chanted in German, “Neither military coup nor civilian dictatorship.” Demonstrators also carried posters of Abdullah Öcalan, jailed leader of the terrorist Kurdistan Workers’ Party (PKK), which is listed as a terrorist group by the European Union, the United States and Turkey and is banned in Germany.

Police had detained 77 people on Friday in the nearby town of Grevenbroich after Kurdish students refused to disperse following a sit-in. Three police officers were injured, police said.

Ankara had reacted angrily after Germany’s top court prevented Erdoğan from addressing a crowd via teleconference on July 31. The Kurdish event was also prohibited from from live-streaming any speakers.

The organizers of the Kurdish protest negotiated with police to stage the Cologne demonstration after city officials cancelled a Kurdish festival that had been scheduled for a stadium with a capacity of 50,000, fearing it could engender counter-demonstrations and violence.