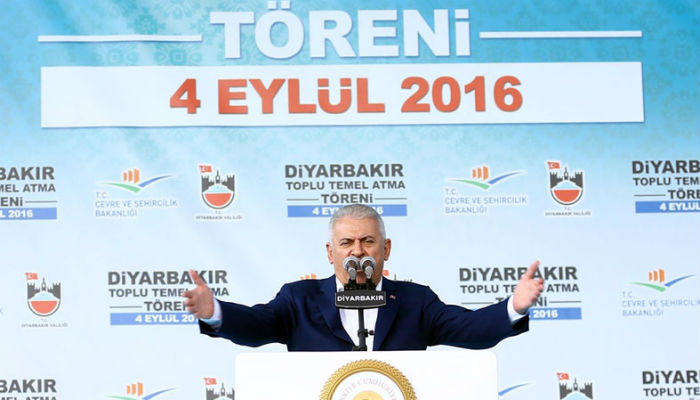 Prime Minister Binali Yıldırım threatened the pro-Kurdish Peoples’ Democratic Party (HDP) during a speech in Diyarbakir on Sunday, saying that if citizens take to the streets, HDP members would be looking for holes to crawl into.

Yıldırım’s remarks came as he announced a TL 10 billion government investment program for Turkey’s crisis-hit southeast region where there are ongoing clashes between Turkish security forces and the terrorist Kurdistan Workers’ Party (PKK).

The prime minister accused the HDP of calling on people to take to the streets just like it did for the 2014 Kobani protests, which led to 53 deaths when crowds demonstrated against the Turkish government’s inaction over the Islamic State in Iraq and the Levant (ISIL) occupation of the Syrian Kurdish town of Kobani.

He said the people of Diyarbakir would take to the streets to make the PKK toe the line and that they would carry Turkish flags while doing this.