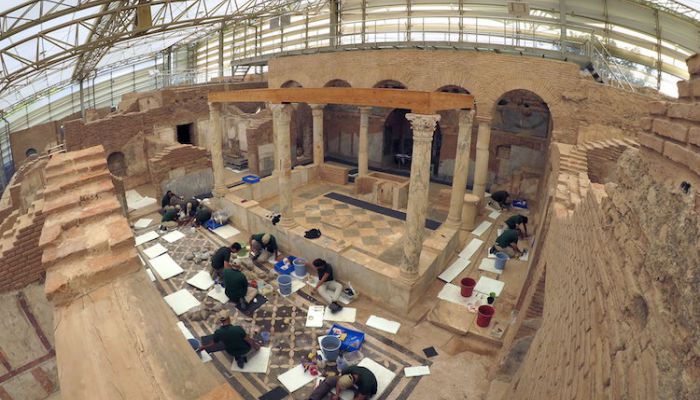 Turkey’s Foreign Ministry has halted excavations in the ancient city of Ephesus, carried out by Austria’s Archeological Institute for more than a century, two months earlier than they were scheduled to end for the year,

According to a letter from the Foreign Ministry dated Aug. 31, an ancient house under restoration by the Austrian team might be closed off. Led by Associate Professor Sabine Ladstatter, the Austrian archeologists started excavations at the beginning of the year focused on environmental arrangements, protection, restoration and conservation. The Austrians expected to turn over the work to the director of the Selçuk Ephesus Museum and Culture and Tourism Ministry officials.

Relations between Turkey and Austria became strained after a ticker at the Vienna Airport in July read “With a vacation in Turkey, you will only support [President Recep Tayyip] Erdoğan” and worsened when the same ticker displayed a news headline claiming that Turkey would allow children under 15 years old to be sexually abused following a Constitutional Court decision.