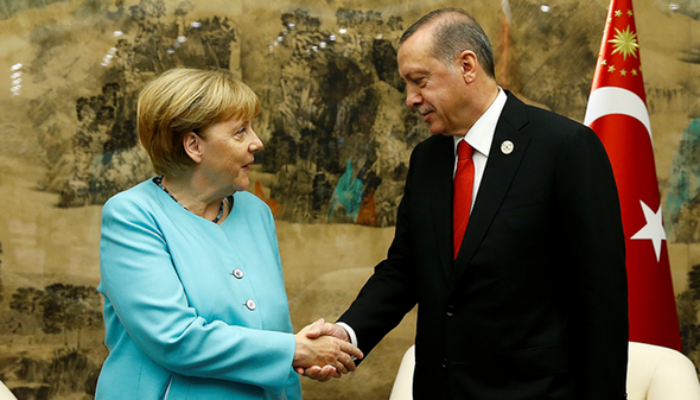 Turkish President Recep Tayyip Erdoğan and German Chancellor Angela Merkel discussed bilateral relations and the refugee crisis before the start of the G20 summit in China, their first meeting since a failed coup in Turkey on July 15.

Already strained ties worsened after the coup attempt, when Ankara complained that Berlin had not been swift and decisive enough in condemning it.

“[Merkel and Erdogan] discussed German-Turkish relations, further implementation of the EU-Turkey [migrant] agreement and their mutual concerns about the ongoing Syrian civil war,” a German government spokesman told Reuters. “The discussion was constructive.”

The spokesman did not say whether the two leaders also spoke about Turkey’s refusal to allow German lawmakers to visit German troops at Incirlik Air Base.

Turkey has banned visits to the base near the Syrian border since Germany’s parliament passed a resolution in June declaring the 1915 massacre of Armenians by Ottoman forces a genocide, but a German lawmaker on Saturday said he expected the issue to be resolved this week.

The five-year Syrian conflict has displaced millions of people, many of whom have fled to Europe and many more of whom are still in Turkey. Under a deal struck in March, Turkey agreed to help the EU curb migrant flows in return for several billion euros, visa-free travel for Turks in the bloc and the fast-tracking of EU accession talks.