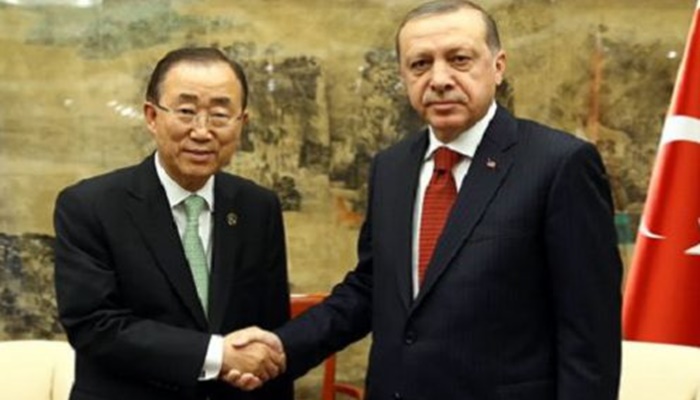 UN Secretary-General Ban Ki-moon expressed support for Turkey’s ground operation against terrorist Islamic State in Iraq and the Levant (ISIL) in Syria at a private meeting with Turkish President Recep Tayyip Erdogan at the sidelines of G-20 Summit in China on Saturday.

Ban “emphasized the key role of Turkey in the fight against Daesh”, an Arabic acronym for ISIL, a UN statement said on its website.

Ban expressed support for the Turkish democracy after last month’s failed coup attempt. The UN chief was “inspired by the strong commitment demonstrated by the Turkish people after these events, and stressed the importance to harness this energy and solidarity to build an even more solid foundation for future development and good governance in the country”, the UN statement said.