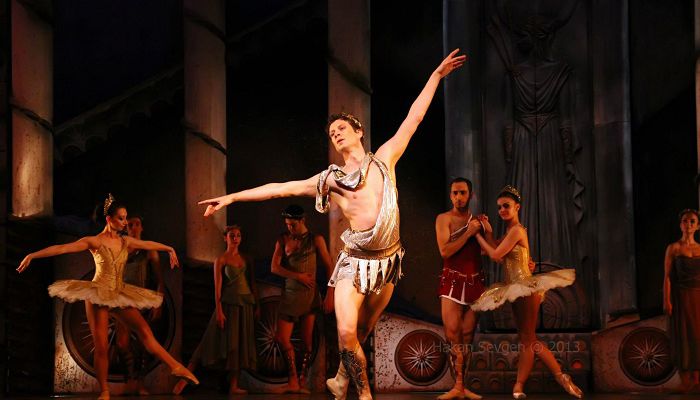 Yücel Emre Kaynarsu, a principal dancer at the İzmir Opera and Ballet, was reportedly dismissed from his job for using a Bank Asya account when selling his house, as part of Turkey‘s purge of more than 50,000 government employees over links to the Gülen movement.

A total of 175 artists and dancers who were working under the Ministry of Culture and Tourism were fired after a government decree was put into effect by the Justice and Development Party (AKP) government this week. Kaynarsu was among 10 artists, musicians and dancers who were fired from the İzmir Opera and Ballet over accusations of membership in a terrorist group and posing a threat to national security and the state.

The ruling Justice and Development Party (AKP) seized Bank Asya on dubious grounds in May 2015, suggesting that the lender’s financial management posed a threat to the Turkish banking system for its shareholders’ links to the Gülen movement, inspired by the views of US-based Turkish Islamic scholar Fethullah Gülen. The bank’s shareholders denied the allegations and vowed to take legal action. No court decision has been made as of yet.

Since a corruption investigation that implicated figures close to the AKP government, as well as government members themselves, came to public attention on Dec. 17, 2013, there have been many similar police operations carried out targeting shopkeepers, teachers, members of the judiciary, journalists and police officers who are accused of being affiliated with the Gülen movement, also known as the Hizmet movement.

Police operations were accelerated by government decrees issued during the state of emergency that was declared soon after a failed coup attempt on July 15 which the government accuses Gülen of masterminding.

Gülen strongly denies the allegations put forward by the government and insists on the presentation of concrete evidence of a crime committed by him and many of his followers who have been arrested. There has been no court decision declaring the movement as terrorist group, either.