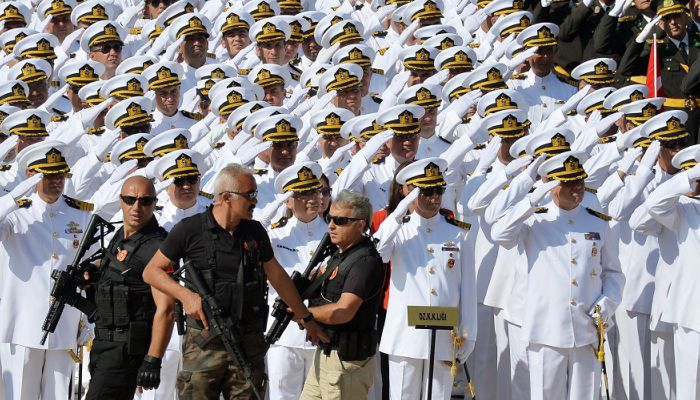 A recent decree issued under post-coup-attempt emergency rules has led to the dismissal of 50,589 civil servants and banned their employment at any state institution.

Published in the Official Gazette late on Thursday, the decree listed the names of all affected.

The Education Ministry topped the list of dismissals with 28,163 people — most of them teachers — fired following issuance of the decree. A total of 7,669 police officers and 323 gendarmes were dismissed from their positions. The decree also included the dismissal of 2,346 from the Council of Higher Education (YÖK); 2,018 from Health Ministry; 1,519 from the Religious Affairs Directorate; 829 from the Finance Ministry and 733 from the Ministry of Food, Agriculture and Livestock.

Among those fired are also 24 governors and 102 deputy governors. The decree prohibits re-employment of those fired at any state institution.

Authorities may cancel the passports of 50,589 civil servants and their spouses if needed, according to the decree. Also, the diplomas of individuals who graduated from Gülen movement-affiliated schools abroad have been revoked with the decree.

“A total of 50,589 FETÖ-linked state workers were removed from the civil service with the decree. The purge will continue,” Deputy Prime Minister Nurettin Canikli wrote on his Twitter account late on Thursday.

Turkey survived a military intervention on July 15 that killed over 240 and wounded more than 2,000 people. Immediately after the coup attempt, President Recep Tayyip Erdoğan and the government pinned the blame on the Gulen movement, launching a massive purge across Turkey. A total of 41,407 people have been detained and 22,198 arrested since the putsch attempt so far.

Prior to the new decree, 86,000 people had already been either sacked or suspended from within state bodies. While it is yet to be known if the midnight decree implicated only those people who had already been suspended, it is believed to have brought up the total number.

FETÖ is an abbreviation coined by the government to describe the alleged terrorist network of the Gülen movement within state institutions.

The decree also calls retired judges and prosecutors back to work if they so desire. (Turkey Purge)