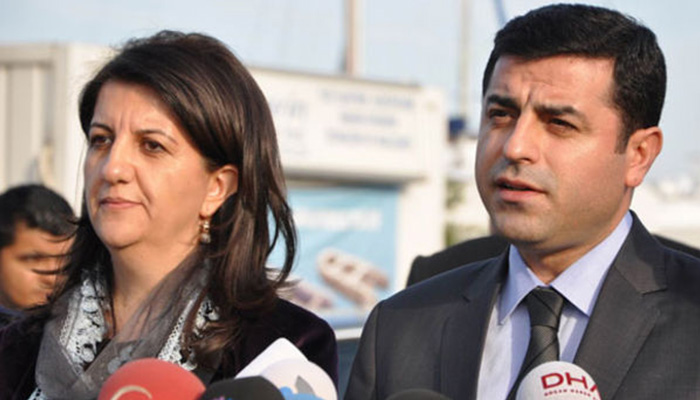 The top prosecutor’s office in Ankara has called Peoples’ Democratic Party (HDP) Co-chair Selahattin Demirtaş and HDP deputy Pervin Buldan to testify as part of an investigation into the insulting of President Recep Tayyip Erdoğan.

According to a report by the Habertürk, the bureau responsible for the investigation of crimes involving deputies has sent a written invitation to appear to Demirtaş and Buldan after they declined an invitation by phone.

According to the Turkish Penal Code’s Article 299, anyone who insults the president of the republic shall be imprisoned for a term of from one to four years. When the offense is committed in public, the sentence shall be increased by one-sixth. The initiation of prosecution for this offense shall be subject to authorization by the minister of justice.

The investigation was launched after the Turkish Parliament approved a bill in May to amend the Constitution to strip 152 deputies of their immunity from prosecution. The move paved the way for the trials of pro-Kurdish and other opposition legislators.