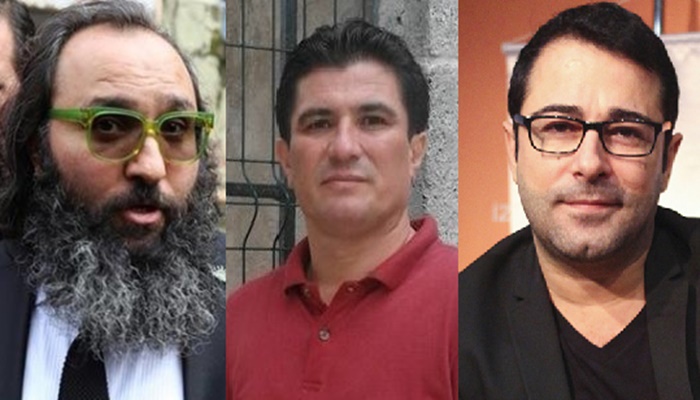 Journalists Atilla Taş, Mutlu Çölgeçen and Gökçe Fırat Çulhaoğlu were detained on Wednesday over alleged propaganda for the Gülen movement, which the government accuses of masterminding the July 15 failed coup attempt.

Police detained Taş in Bursa’s Gemlik district, early on Wednesday, and Çölgeçen was detained in İstanbul.

Çulhaoğlu, a columnist for the Türk Solu newspaper and leader of the National Party, also was detained after arriving at the Çağlayan Courthouse in Istanbul on Wednesday.
Çulhaoğlu is known for his work concerning the authenticity of President Recep Tayyip Erdogan’s diploma from Marmara University, claiming that the diploma is fake and that Erdogan is not a university graduate.

Detention warrants were issued on Tuesday for 35 individuals – most of them journalists – including Taş, Çölgeçen and Çulhaoğlu.

Known for his critical stance against the government, Taş wrote columns for the Meydan daily until it was shut down by a government decree issued under emergency rules following the coup attempt. Also known for highly satirical responses to Justice and Development Party (AKP) supporters on Twitter, Taş published a book in which he compiled his witty tweets criticizing the government. He was also briefly detained for insulting Prime Minister Ahmet Davutoğlu on social media in March 2015.

According to news reports, the journalists are accused of promoting the Gülen movement in the media and in social media.

The P24 website says as many as 107 journalists are already behind bars in Turkey.
Turkey’s AKP government has closed down more than 130 media organizations, including three news agencies, 16 TV stations, 23 radio stations, 46 papers, 15 magazines and 29 publishers since the failed military coup on July 15.