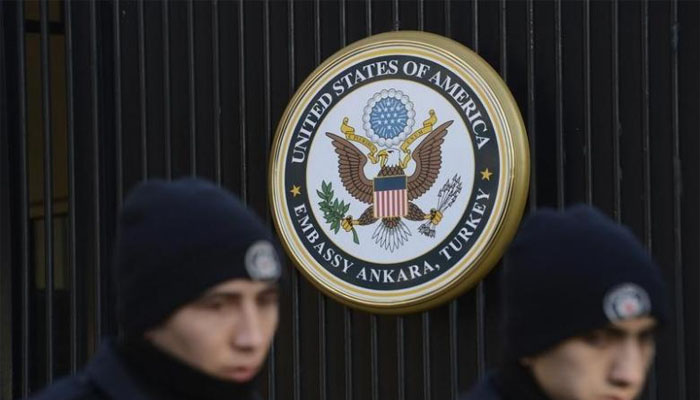 The US Embassy in Ankara released a security message for citizens from the State Department on its website concerning an increased threat from terrorist groups throughout Turkey.

The State Department said in the travel advisory issued Monday that it also urges Americans to continue to avoid traveling to the southeastern part of the country, especially to areas in close proximity to the Syrian border.

According to the US State Department, foreigners and US tourists have been explicitly targeted by terrorist groups in Turkey as well as by international terrorist organizations.