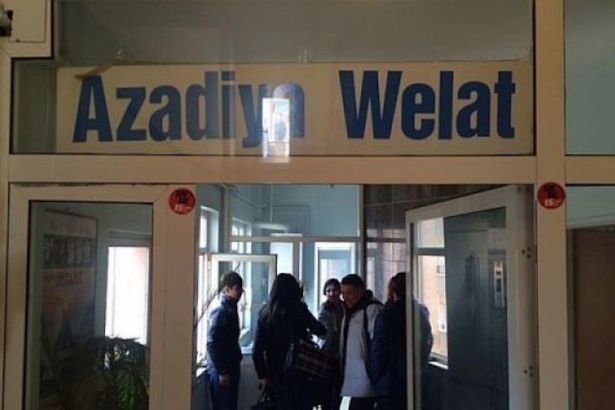 Turkish police on Sunday raided the Diyarbakır office of Kurdish language daily Azadiya Welat and launched a search of the premises.

The Turkish government has stepped up its crackdown on the press following a failed military coup on July 15.

The number of journalists jailed in Turkey has gone up to 106 with the recent arrest of two reporters from pro-Kurdish news outlets. The DİHA news agency’s Erdem Mühirci was arrested along with Ali Aşikar from Azadiya Welat on accusations of disseminating terrorist propaganda on Aug. 26.

Earlier this month, Turkish authorities temporarily halted the publication of another Kurdish newspaper, Özgür Gündem, and arrested their editors.

Since the failed coup attempt in July, Turkey has shut down 131 media outlets, accusing them of either promoting terrorist propaganda or supporting the coup plotters.