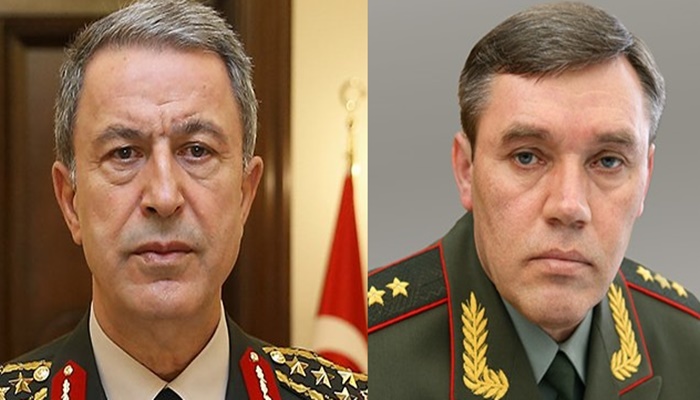 Earlier in the day, Turkish media reported that Russian Gen. Valery Gerasimov is scheduled to meet with Akar to discuss an ongoing Turkish intervention in Syria and its implications for bilateral relations.

Only days after Turkey entered Syria by sending tanks and armored vehicles to Jarabulus to assist a rebel operation to take the city from the terrorist Islamic State in Iraq and the Levant (ISIL), Russia plans to send its military chief to Ankara for consultations.

Turkish media reports say Russia wants to know Turkish intentions and the scale and duration of the intervention in Syria. Russia adopted a soft tone about the Turkish ground incursion, only expressing deep concerns over the move rather than a sharp condemnation of Ankara’s actions.

Russia and Turkey recently repaired ties after a personal letter from President Recep Tayyip Erdogan to his Russian counterpart, Vladimir Putin, in June. Erdogan’s high-profile visit to St. Petersburg earlier this month resulted in a turnaround in strained relations, heralding a new era of rapprochement.

Turkey and Russia are backing opposing sides in the Syrian conflict.