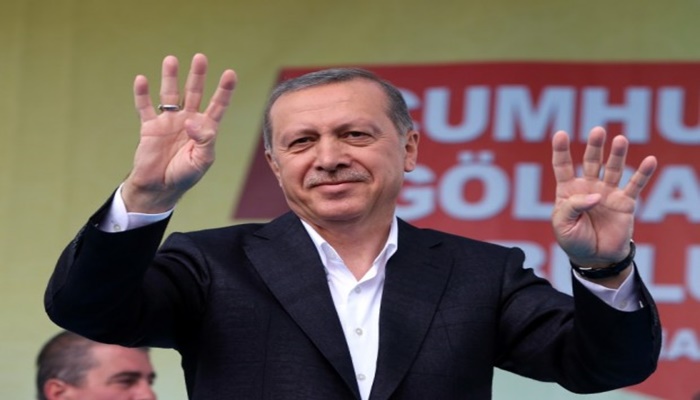 Since the Turkish Parliament has now approved a deal ending a rift with Israel, President Recep Tayyip Erdogan may visit Israel in September, the Israeli Haaretz newspaper reported on Monday.

Haaretz based its report on Turkish sources.

The visit, if it takes place, may herald a new era in Turkish-Israeli relations, which broke down after the Israeli navy intercepted a Gaza-bound aid flotilla in 2010, in an operation that went awry as nine Turkish nationals were killed aboard the Mavi Marmara by Israeli commandos.

Erdogan has sought reconciliation with both Israel and Russia as Turkey tried to avoid isolation in a region beset by wars, sectarian conflicts and constant instability. Ankara has recently faced challenges in foreign policy as it desperately sought to end the enmity with those two countries.

The Turkish president recently visited Russia and met with his Russian counterpart, Vladimir Putin, in St. Petersburg, a move that ended the tension between the two countries after months of estrangement triggered by the Turkish downing of a Russian warplane last year.

The Haaretz report says Israel and Turkey managed to overcome obstacles in bilateral relations and that the new phase may be a harbinger of improved ties in the days to come.