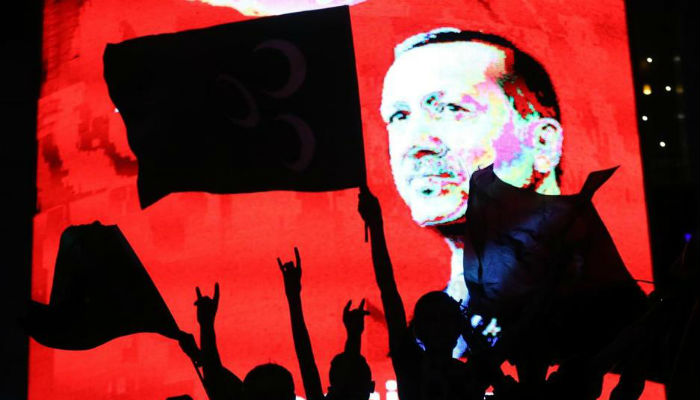 A prestigious American newspaper, The Boston Globe, has called on the US administration not to bow to Turkish government’s demand for the extradition of Turkish-Islamic scholar Fethullah Gülen who is accused by the Turkish government of masterminding a failed coup attempt last month.

In an article which appeared in the daily’s Saturday’s edition, The Boston Globe talked about a visit US Vice President Joe Biden is to make to Turkey on Wednesday on a fence-mending mission as the Turkish-US relations have deteriorated since last month’s coup attempt.

The daily said there are higher priorities for the US than making nice to Turkey just now, noting, ” One of them is to make it clear that the United States has no plans to extradite Fethullah Gülen, the former [Turkish President Recep Tayyip] Erdoğan ally whom Turkish officials accuse of masterminding the attempted coup.”

Last week, President Erdoğan said he had personally asked US President Barack Obama to extradite Gülen back to Turkey.

Washington has reacted cautiously and said it needs to see clear evidence to prove Gülen’s involvement in the July 15 failed putsch.

The Boston Globe described Gülen, who has been living in self-imposed exile in Pennsylvania since 1999, as someone promoting a philosophy that comprises elements of moderate Islam and Sufi mysticism, free-market economics, and interfaith tolerance.

Yet, the daily said Erdoğan’s claims that Gülen orchestrated the July coup are unsupported by proof.

“The 75-year-old cleric is a legal permanent resident of the United States, shielded by American standards of due process. Biden must be crystal-clear on this point: Unless and until Turkey supplies convincing evidence of Gülen’s complicity in the July mutiny, he is not going to be handed over to Erdoğan’s toughs,” wrote the American newspaper.

The Turkish government and President Erdoğan have designated the faith-based Gülen movement, inspired by Gülen and runs charities, schools and businesses across the world, as a terrorist organization and has launched a widespread crackdown on suspected members since the failed coup.

Also talking about claims that appeared in the pro-government media in Turkey that sought to show the US having been involved in Turkey’s coup attempt, the daily said Erdoğan’s loyalists have been vigorously maligning the United States since the failed coup.

According to The Boston Globe, as a member of NATO, Turkey is still, formally, a US ally, but it said as Erdoğan grows ever more authoritarian, his behavior and rhetoric are becoming intolerable — and Turkey’s reliability as a partner is diminishing.

“The message Biden must convey is that America seeks to cooperate with Ankara, but that by its actions the Turkish regime is poisoning the US-Turkish relationship. Erdoğan can be an Islamist sultan or he can be the democratic leader of a trusted NATO ally. But he can’t be both, and the time has come to make him choose,” noted the daily.